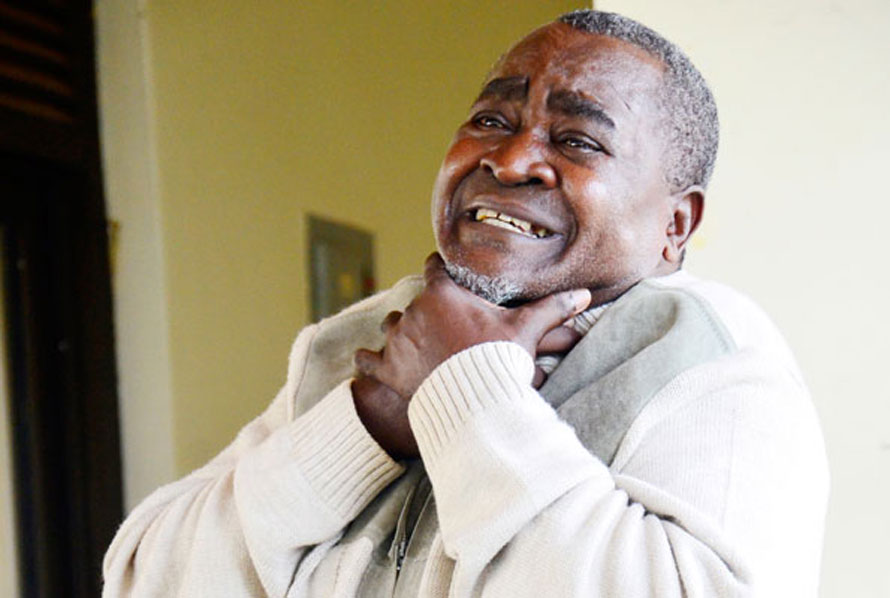 Former Vice President Dr Gilbert Bukenya still has fresh wounds on his heart even when it is a decade plus ever since his son Brian Bukenya perished in a scientific car accident along Mityana road in 2009.

Speaking in an interview, Bukenya said his son who had just joined the forces was supposed to be his successor and had a lot of great hopes in him.

“I educated him so well. He had a bachelor’s degree in law from the UK. I knew he was going to be a better citizen than even me.” Bukenya says

Bukenya adds that he was so shocked by the postmortem report that did not match with the accident as it was reported. Bukenya said he was puzzled that there was neither a wound nor a bruise on the torso, save for a swelling on the left side of the rib cage, suspected to have been caused by a blunt object which might have caused internal bleeding. The deceased’s clothes were not shredded neither, he added.

Bukenya further claims that before his death, Brian’s tea had at one time been laced with poison. However, during holy mass, Fr Edward Ssebukoola urged Bukenya to forgive whoever he thinks wronged him.

Bukenya emotionally added that he believes his son would have done twice or more than what he (Bukenya Snr) did.

Bukenya however said that even when it looks clear that his son was just killed not an accident, he forgave all those that did it because his son cannot come back again.

“I forgave them. Perhaps they should also speak to God to forgive them. I still feel the pain but have nothing to do about it now,” Bukenya said.