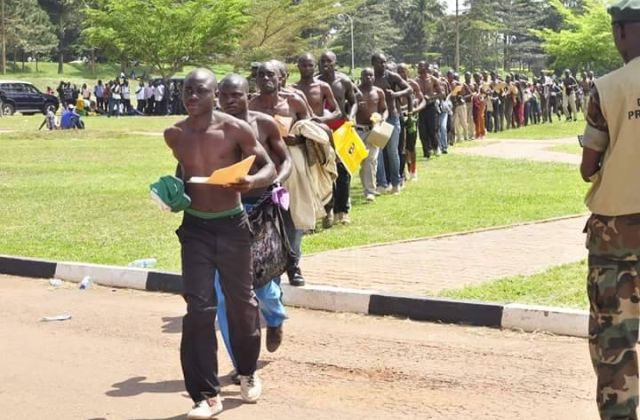 The first son who is also Commander of the Land Forces Lt. Gen. Muhoozi Kainerugaba has announced that the Uganda People’s Defence Forces are to recruit at least 2000 university graduates.

Muhoozi who is said to be on the voyage to impose himself as the ruler of Uganda is reportedly building his own force which will help him when the time is ripe enough to take over from his father Museveni.

Muhoozi in a weekend tweet announced the planned recruitment and justified it as one way to create employment for the geaduates.

“As Commander Land Forces of UPDF and on the instructions of the Commander in Chief, I declare that we need 2,000 graduates in the next recruitment. We shall ensure they are the right people for the job. They will serve our great country just like we did. God bless Uganda!,” he tweeted.

If realized, the 2000 graduates recruitment will be the army’s biggest appointment of professionals in history.