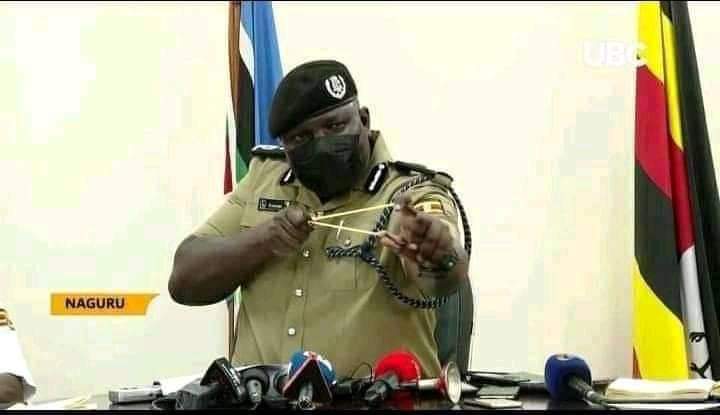 Fred Enanga the police spokesperson for Uganda Police has advised the public to disregard the rumours circulating on social media claiming that the IGP is hospitalised and on oxygen.

According to a statement released Wednesday, much as the IGP Martin Okoth Ochola developed a bit of hypertension, after hearing with shock the sudden demise of his former Deputy, Lt.Gen. Paul Lokech, his condition was not life threatening, after it was effectively managed by both his Personal Doctor and the Police Surgeon.

Uganda Police thus reiterates that the IGP is not hospitalised as claimed in certain media circles. “He is in a good condition, with a back to normal pressure level and has been working throughout the month of September,” reads part of the statement from Enanga.

Fred further cautioned media actors on the importance of sticking to credible, reliable and factual sources of information. And avoid deliberate manipulations that are speculative and misleading to the public.

However, a section of Ugandans have urged police to challenge the doubtful public by summoning a press conference and have the IGP in attendance.

‘It is now more than 2 weeks since I saw the IGP’s convoy here in Kireka. Let police sanction a presser and parade the IGP if his health is not life threatening as they claim,” Mariam, a Facebook user reacted.