Beti Kamya warms up for the ‘untouchables’ in Govt 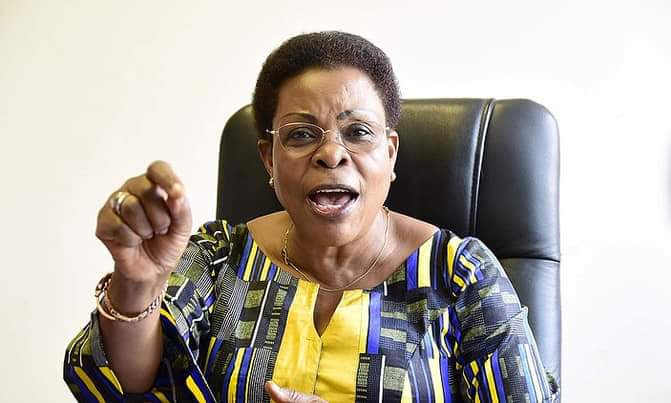 “I am starting with the so called untouchables to erode corruption out of Uganda,” Beti Kamya vows as she assumes office of IGG.

Upon swearing in as the new IGG of Uganda for the next four years, former lands Minister Beti Kamya vowed to crush down the so called untouchables first in her efforts to totally exhume corruption out of Uganda.

“Untouchables? That is a myth. If the person who has given me this job is Gen Museveni the President and Commander in Chief, then who are you to say you’re untouchable?” Beti Kamya said

Beti Kamya added that she is aware the mafias will want to fight her because most of the times they are involved in these corruption deals but says the President assured her of protection when she starts Investigating corruption involving the big fishes in the corridors of power.

Beti Kamya also promised to work hand in hand with the State House anti Corruption Unit led bt Lt Col Edith Nakalema in order to form a combined force that can defeat corruption in the country.

Beti Kamya has a mountain to climb as the country is hit by massive corruption which has hindered development with most of the top corrupt officials defeating justice through using their connections to the head of state and the Judiciary. Beti Kamya becomes the first none lawyer to be appointed to the office of the Inspectorate of Government.