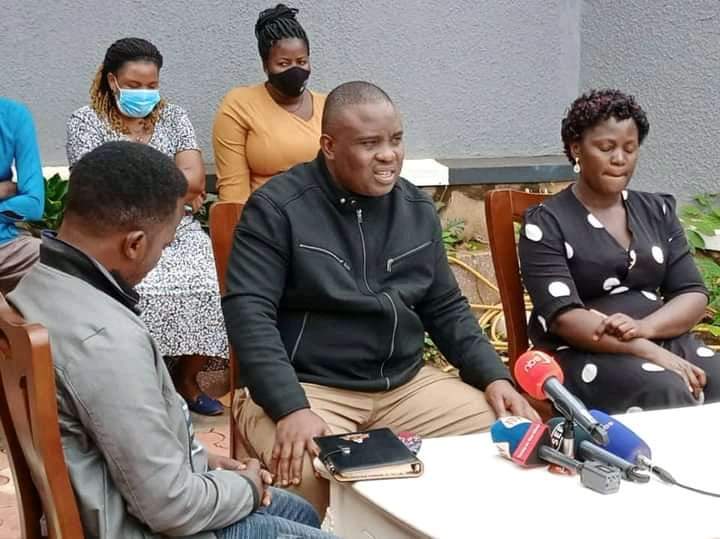 At a press conference held at Hon Allan Ssewanyana’s home in Makindye on Saturday noon, city Lord  Mayor also lawyer Erias Lukwago told the media that it is a shame for a person in Uganda to still be kidnapped in broad day light even after securing Court bail.

Lukwago adds that it is good the UPDF confirmed that it is the one holding Hon Ssewanyana and thus the next task is to tell court to order the security forces bring Ssewanyana to be charged if he has any crime he committed.

Lukwago says even if it clear that government is just blackmailing his client, he will not give up on fighting for justice of innocent people.

“Govt failed to bring evidence to court pinning Hon Ssewanyana. After securing bail and being released, the same govt operatives grabbed him and upto now , we don’t know what condition he is in.” Lukwago said

Wife to Hon Allan Ssewanyana Mrs Namata Lydia who was present at the press conference said that she is worried about the way abouts of her husband adding that the children at home are asking her where their father went.

She added that if her husband has any crime he committed, he should be charged instead of holding him without trial.