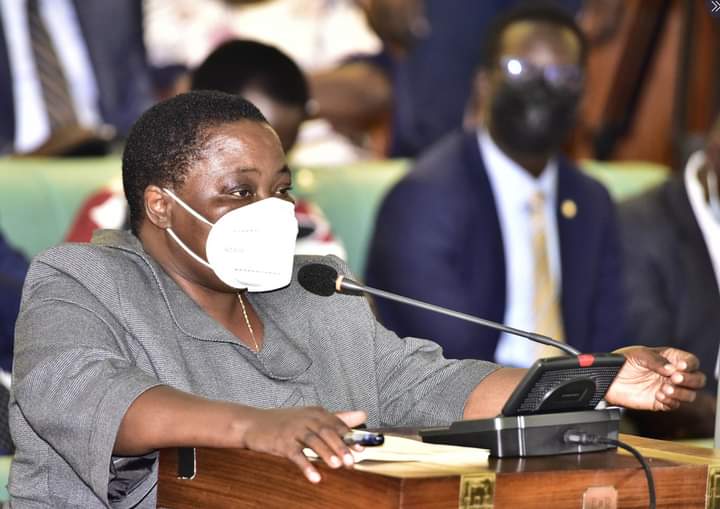 The Prime Minister Rt. Hon. Robinah Nabbanja has shocked her followers with her controversial statements backing the ruthless rearrest of the NUP MPs Allan Ssewanyana and Muhammad Ssegirinya who were abducted by security drones upon release on court bail.

SEE ALSO: Ssegirinya is a terrorist, says Enanga as he confirms rearrest

Nabbanja however says security forces should be allowed to do their work as they please even if they go extreme.

“We should give police a chance to do as it wants. This is their work to investigate. Even those people whose relatives were killed need justice,” Nabbanja intimates.

“Aren’t you amused that MPs from Masaka are not implicated in the Masaka carnage? The likes of Ssewungu and Mpuuga are free. But why is it that these MPs outside Masaka are the ones implicated? Let’s leave security forces to do their work,” Nabbanja adds.

However, the Leader of opposition Mathias Mpuuga Nsamba has fired back at Nabbanja saying she is just missing out on the whole point.

“If MPs are treated in that way and held beyond the trial hours, then something is not right. Nabbanja needs to know that she is not an RDC but a Prime Minister. We shall induct her into how things are done,” he says.

Meanwhile, opposition MPs are to pitch camp at SIU Kireka headquarters in demand for their colleagues.

“We are going to come up with a way forward this morning. We will not allow armed forces to undermine the rule of law,” the Chief Whip Nambeshe stated.

“People’s rights are being undermined by the armed forces. Why should they be abducted by drones?,” MP Teddy Namboozo reacted.

Meanwhile, the MPs have been transferred from Kireka to Masaka for court mention this morning. Lawyer Erias Lukwago says he is displeased by the misconduct of the security officers. “They said we come this morning to witness the statement writing process but now they have rushed our clients to Masaka without notifying us their lawyers,” Lukwago said. “I doubt if we shall even ably reach court in Masaka at the rightful time,” he added.