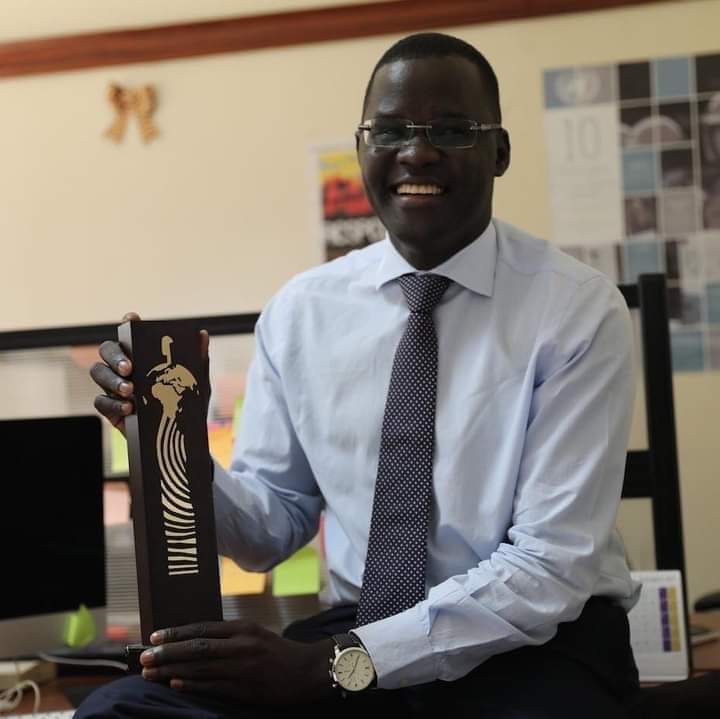 Opiyo in a tweet claims that NUP supporters are not good strategists as he says they only base on digital space to throw tantrums at the dissent. Opiyo claims he too was at some point targeted by the same NUP supporters yet he has been offering them legal services whenever need arises. He goes on to heap praises on CJ Dollo as a competent custodian of the law and goes on to reveal that Dollo has been assisting him to regain freedom whenever trouble befalls him.

It should be recalled that earlier last month, the office of the Director of Public Prosecutions withdrew all the charges that had been slapped on lawyer Opiyo. Apparently he is struggling to regain the operation licence of his Chapter Four Uganda NGO that had earlier on faced a closure following a government witch hunt. Pundits believe Opiyo’s sugar coating campaign for Dollo could be a bargaining leverage for him to regain his NGO.

I think that the Chief Justice has on many occasions acted like a thief of Justice. I have said this severally on my timeline. I am entitled to my opinion. I believe that so is the well-intentioned Nicholas Opiyo. He is entitled to his opinion. From a distance, I have known Nicholas for 6 years now; the first 3 of which I spent thinking him a Gov’t spy, and the last 3 of which I’ve spent knowing him as a calculative diplomat who sides with the people in more ways than many of us who appear to be the loudest activists. So from him I have learnt to resist the temptation to believe that my methods of work are always the only correct and effective methods.

I think that any party, particularly ours – NUP – has three categories of people in its eco system: (1) Members/supporters, (2) sympathisers, (3) opponents. I fall in category 1, which tends to read ill-intention in every criticism directed at my Party and its leaders. Knowing that, I most times make it a point to remain objective when I hear any criticism directed at us.

In Category 2, in my own definition, falls people who “sympathise” with the party and its leaders. Members of this category are not outright supporters of NUP, but they care about (agree/sympathise) with its stated values and mission. These people usually see and criticise the party and its leaders with an objective lense. They will be quick to heap praise on the party whenever they deem it necessary. They RARELY criticise it when it falters, and yet even when they do so, their criticism is calculated to cause the least discomfort or public brand damage to the Party and its members.

Such criticism is often intended to nudge the Party into working on what others perceive as it’s archiles’ heels (weaknesses). When such advice is followed, most sympathisers in category 2, and in some cases opponents, tend to become outright supporters of the Party. When their advice is rejected with scorn, such sympathisers are further alienated from the party unless good reasons are given, respectfully, for rejecting it. The risk with the method used to reject their advice is that the wrong method will often drive them straight into category 3: opponents. This CERTAINLY does not benefit the Party but instead makes it harder for the mission to be accomplished.

I think that we should train ourselves to take criticism against us with a considerable level of objectivity. Only then shall we be able to improve ourselves for the benefit of our struggle. Not everyone who criticises us does so in bad faith. And yet even if they did, even Ill-intentioned criticism can change us for the better if we focus more on improving than fighting those who disagree with us. Sometimes the Baganda saying is true that, “ensweera ekwagala yekugwa ku bbwa”. #WeAreRemovingaDictator