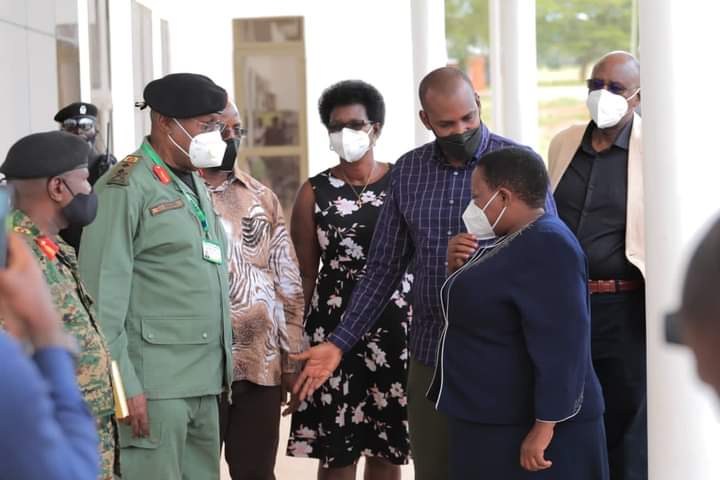 The Prime Minsiter of Uganda Rt Hon Robinah Nabbanja has ordered the Agriculture Minister Hon Frank K Tumwebaze and other officials of the Ministry to stop wasting government money on their endless workshops they organize all the time with an intention of wasting taxpayers’ money.

The PM urged them to ensure that service delivery is prioritized on their agendas instead of organization of workshops for mere talks.

“As President Yoweri Kaguta Museveni charged us at the swearing in of Cabinet, this Kisanja is about improving service delivery. It is incumbent upon you to ensure that we improve service delivery. Plan to uplift Ugandan farmers and not your own lives as bureaucrats. Expenditures on endless and unnecessary workshops must stop,” Nabbanja roared

Nabbanja added that for the Agricultural Minsitry in particular, they already know the general outcry from the farmers on problems of poor agricultural inputs, lack of extension services, lack of markets, lack of water for production, among others and thus its high time that the Ministry improved service delivery to them rather than sitting to talk.

Nabbanja was on Thursday speaking at the closing ceremony of a five -day retreat for Ministry of Agriculture officials and technocrats held at the National Leadership Institute in Kyankwanzi.

“Anybody who procures or authorises procurement of fake seeds, or fertilisers or acaricides is a criminal and should have no place in public service. We must not condone such criminal and corrupt acts and individuals who give government a bad name and image. I hope these issues were discussed and firm solutions proposed to end them once and for all.” she added

Commenting about government’s performance, Nabbanja said only 40% of the 60% National Development Plant III was achieved last year, noting that there is need for improvement.

“We want to see more resources on things that improve the lives of our people such as improved inputs, quality assurance and improved standards of agriculture produce, creating better markets for farm produce, improved extension services and farmer education programmes.”