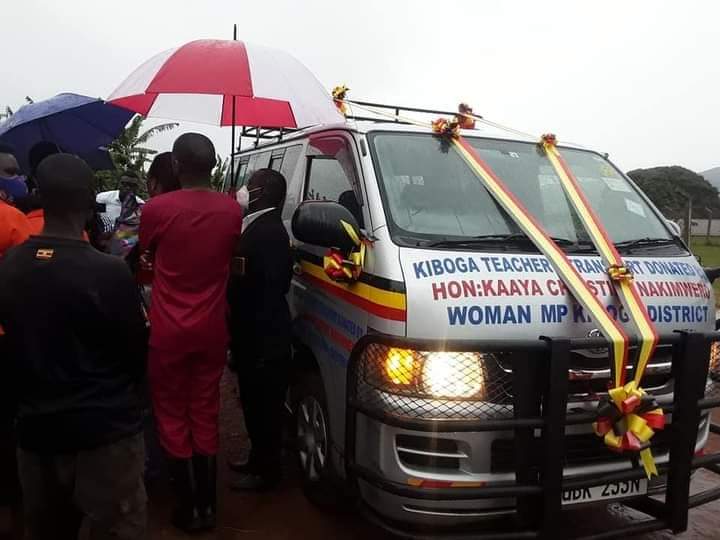 The Woman Member of parliament for Kiboga District Hon Christine Kaaya has bought a brand new taxi van for the teachers teaching in private schools in Kiboga District as a means of finding a source of income for them having been jobless for over two years since the closure of schools due to the covid pandemic.

Mrs Christine Kaaya says she had for long been hearing the public outcry by teachers in private schools who have been suffering for over two years ever since schools were closed.

These teachers have not been earning unlike those on government payroll whose salaries have been coming every end of month.

Hon. Kaaya says it was upon her as a member of Parliament to come out and help her people as they wait for the reopening of schools which is expected happen in January 2022.

Hon Kaaya adds that she will even do more if the means can allow her to even bring more for the teachers because they do a great job in educating the nation especially the girl child.