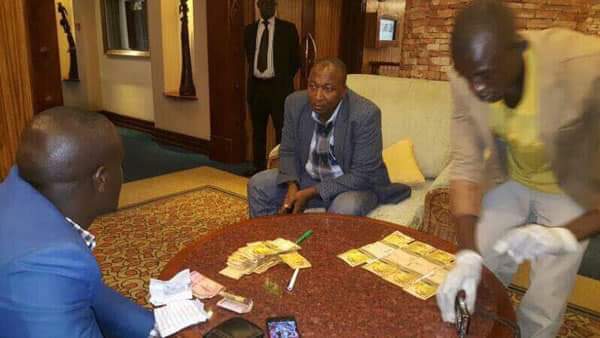 Justice Margret Tibulya of the Anti-corruption court has today convicted Hon Herbert Kabafunzaki the former Minister for Labour Minister. Kabafunzaki has been charged with corruption and ordered to pay a fine of Shs10 million or serve three years in prison.

Kabafunzaki who is a former Member of Parliament for Rukiga County has also been barred from holding public office for a period of 10 years as a punishment for misuse of office.

Kabafunzaki was arrested on April 8, 2017 for allegedly accepting a bribe of 10 million Shillings.

Meanwhile, Minister for Luweero triangle Alice Kaboyo and Minister for security Maj. Gen. Jim Muhwezi who are also convicts of corruption were exonerated and allowed to even hold cabinet positions. It is important to recall that their cabinet approval was directly influenced by Gen. Museveni himself.