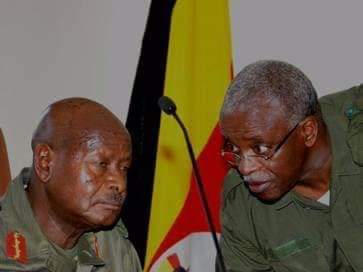 Mr Museveni last month directed his Principal Private Secretary, Dr Kenneth Omona, to work with the President’s Office and Public Service Commission (PSC) to formalise Amama Mbabazi’s appointment and on September 29, Dr Omona wrote on behalf of the President, instructing the permanent secretary in the Office of the President, Hajj Yunus Kakande, to handle the matter with PSC which is supposed to issue Mr Mbabazi’s instruments.

In the same letter, Hajj Kakande, who did not respond to calls and text messages yesterday, was instructed to liaise with PSC to finalise the appointment and work out the nitty-gritties, including ensuring that Mr Mbabazi gets a monthly salary that is “personal to holder”.

A senior official at PSC yesterday explained that the reference to personal-to-holder proviso, meant that Mr Mbabazi’s pay would be determined on his experience, qualifications, and all characteristics that are taken into account when a person is being evaluated for a promotion.

When asked to comment about Mr. Mbabazi’s appointment and mission to Juba and Addis Ababa, the Senior presidential press secretary Lindah Nabusayi to be given time to crosscheck the facts before making any conclusions.

After consultations, Ms Nabusayi later responded, saying: “Can’t confirm or deny. In case of anything, we shall let you know.”

Last year, Mbabazi many an unofficial return to make peace with Gen Muhoozi whom he wanted to uproot from the highest political seat in the 2016 polls.