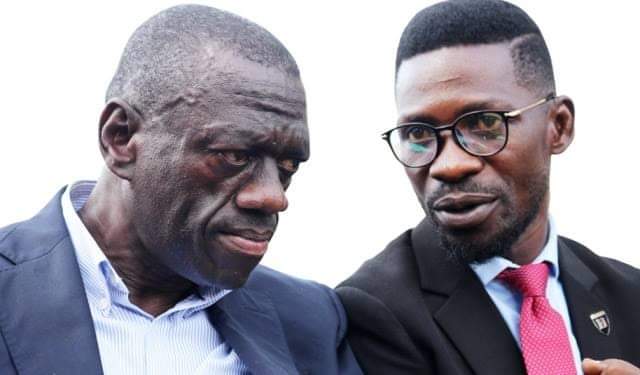 The four time FDC Presidential candidate Rt Col Dr Kizza Besigye claims that he recieved a message from Hon Kyagulanyi who operates another pressure group called People Power welcoming him back and wishing him well after launching a new pressure group aimed at outsting Gen Museveni out of power.

“This afternoon, I got a message from H.E. Robert Kyagulanyi (Bobi Wine) welcoming us from the Front launch (which we’d discussed at length).” Besigye wrote on Facebook.

Besigye adds that Kyagulanyi also expressed concern at the senseless attacks by Social media NUP supporters who have for long been painting Besigye a mole skin saying that he is rivaling Kyagulanyi working towards his downfall.

According to Besigye, Kyagulanyi is in support of the new pressure group and promised to work with him to oust Gen Museveni out of power.

Besigye has been the punching bag ever since Kyagulanyi rose to the political scene with many Kyagulanyi diehards telling him to pave way for the new young and energetic leader to lead them to the promised land.