Muhoozi threatens to leave the army 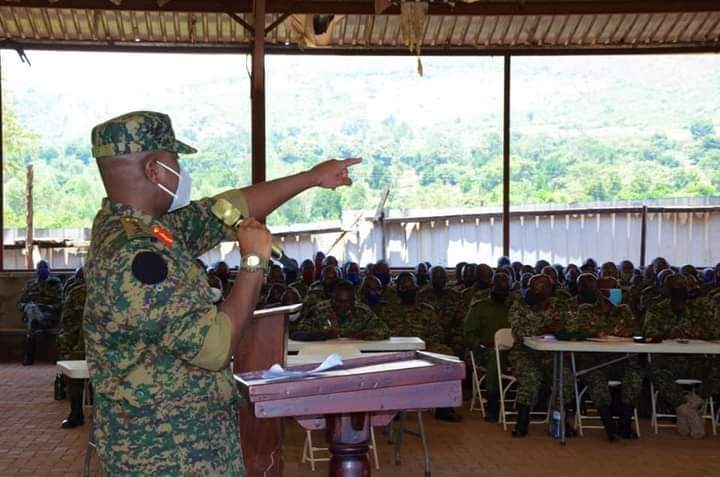 The Commander of Land Forces also first son, Lt Gen Muhoozi Kainerugaba , has threatened to step down from his position in the military as the Land Forces commander if the funds he is requesting to improve the welfare of soldiers is not given to Land Forces.

SEE ALSO: We have the strongest army in Africa, says Muhoozi

Gen Muhoozi recently asked for 20 billion to improve the soldiers’ accommodation facilities and boost security at various military bases but the Ministry of Defence has not responded positively something that has angered him.

Gen Muhoozi’s words came after he found Bombo barracks in a very disappointing state something that tempted him to ask for funds to renovate it with its structures for offices and soldiers’ accommodation dilapidated.

The General also discovered that the general military headquarters, which in other countries, are the most heavily fortified compounds, lacks a security wall fence.

At SFC, Muhoozi oversaw the construction of modern accommodation facilities and the quipping and training of the elite force using an annual budget of less than Shs 10bn.