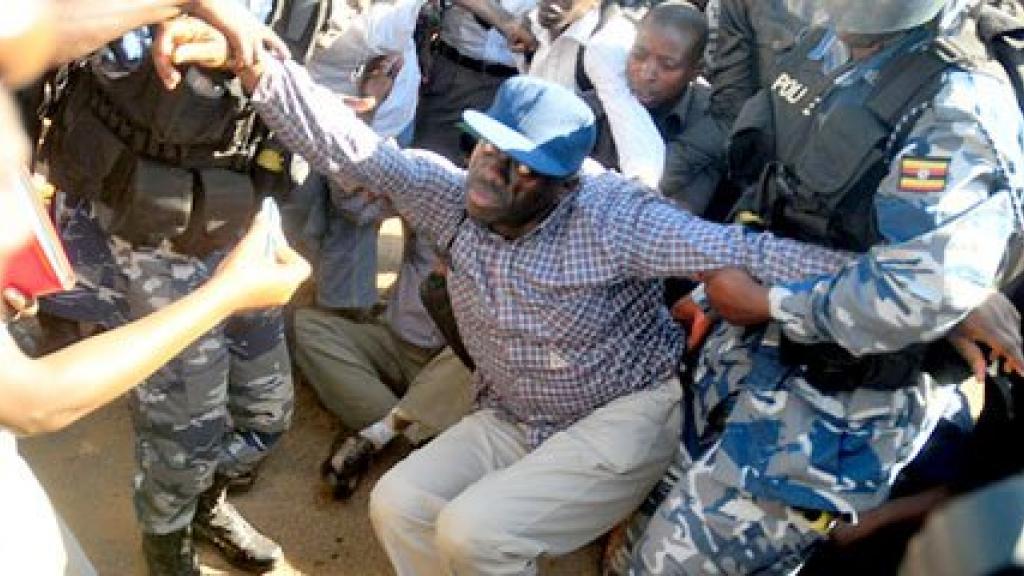 Four time presidential candidate Rtd. Col. Dr. Kizza Besigye says he was unaware of the dropping of the 2016 treason case till it surfaced in the newspapers this Monday morning.

According to Dr. Besigye who spoke the People’s Front for Transition presser this morning at JEEMA offices in Mengo, the regime seeks to peddle a narrative that he is their accomplice. Besigye says the timing at which the case has been dropped when he is leading a new anti-regime front is itself an instigation that he has the goodwill of the regime.

He adds that he is unaware of the dropped charges as neither he or his lawyers were served with the notice of withdrawal.

“Just as I’ve been out on bail since 2019 on the treason case, I wake up to a newspaper article claiming my case has been dropped,” Besigye stated. “I have not been served, neither has any of my lawyers. It appears that the regime wants to propagate their narrative that I work with them,” he added.

He has since vowed to seek legal action with his lawyers for malicious prosecution since the state has now retreated from the case.

Besigye also says that he has not stopped anyone from formulating their own fronts for as long as it’s in the interest of the struggle. He further denies standing in the path of NUP as claimed on social media. He says he is to work with all change seeking forces till the gunrule is subdued.