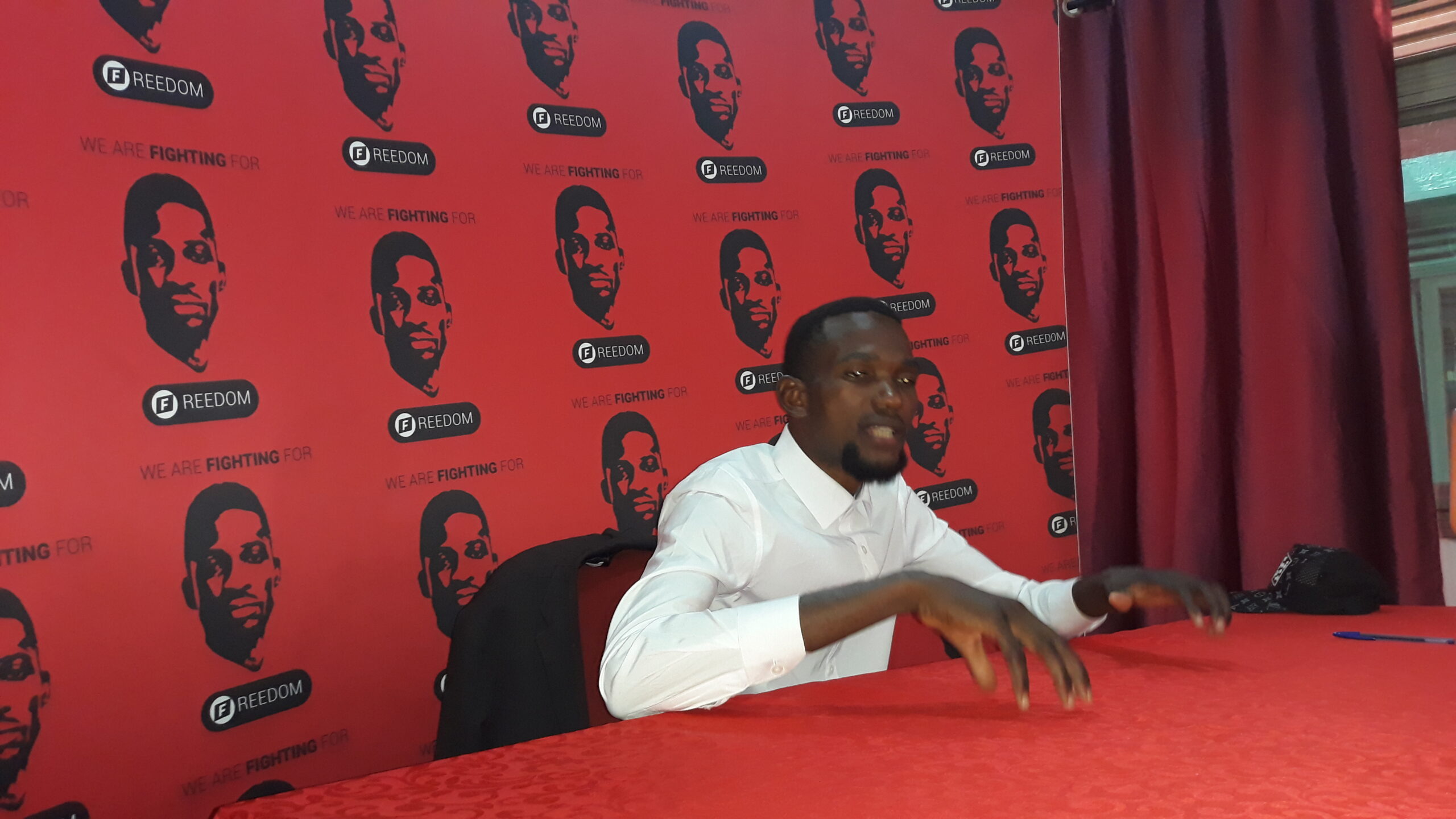 Sserunkuuma John Bosco a renowned activist in the National Unity Platform party says there are dozens of youths languishing in the dungeons of Kitalya maximum prison.

Sserunkuuma who just recently returned from Kitalya after a ten months trial says the general court martial headed by Lt. Andrew Gutti is a political stage for the regime to clampdown on the dissenting voices. He says that in his ten month trial, he never had a court production date since his remand to Kitalya. He says this is the same experience youths who are on political trial are facing.

“There are several of them in jail without a court date. The court martial hardly gives bail,” he says. “What hurts me is that most of these young people are rotting im prison with no hopes of getting bail,” he adds.

Sserunkuuma further reveals that in Kitalya, supporters of NUP face untold torture as prisons warders perceive them as ‘threats’ to the government.

“We are looked at as enemies of the state. I wonder why this bias is instilled in all members of armed forces,” he says. “I remember a court martial judge in Mbuya barracks who told us that changing government is not as easy as changing women to sleep with. He was physically handicapped. He told us he lost his limbs in the NRA war and that’s the price we must pay if we want to change government,” he adds.

Sserunkuuma further appeals to the parliament of Uganda to probe into the ongoing political persecutions. He says only the voice of parliament can levy some pressure on the government to release the prisoners facing trumped charges. “Parliament has the capacity to help the young people in prisons. They can speak about the abducted youths,”he says. “Let them continue to exert pressure on government. We have the lists of all the abducted people. Let parliament ask for a report on all the abducted,” he adds.

Sserunkuuma apparently awaits his official inauguration slated for January 2022. He had spent ten months in prison on charges of possession of military paraphernalia after he was allegedly found with a red beret an insignia of the National Unity Platform party.