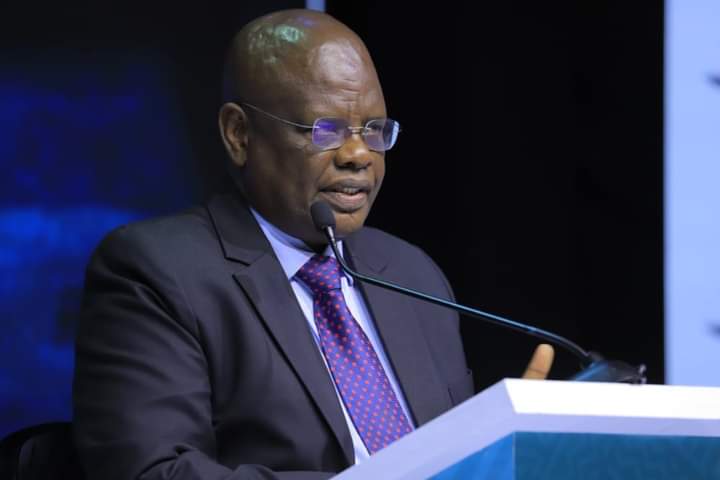 The new Director General of the Uganda Civil Aviation Authority – UCAA Fred Bamwesigye Kanyagoga has been dragged to the Committee on Commissions Statutory Authorities and State Enterprises – COSASE over a number of irregularities cited in his recruitment process.

Bamwesigye is said to have forged his birth certificate and amended his old age to a much younger one so he could qualify for the then vacant CAA director general slot.

Bamwesigye who was serving in the position in acting capacity was named the substantive Director General at the start of October, taking over from David Kakuba Mpango whose tenure ended in June 2020.

However, in the report by COSASE, it has been established that Bamwesigye deliberately connived with the appointing authority to take over the job.

3. Mr. Kanyagoga in his application to join Makerere University lists his age as 27 on the date of November 1964.

4. Which means at the time of shortlisting and interviews he was well above the age limit of 55 years of age which was a key requirement for that position. 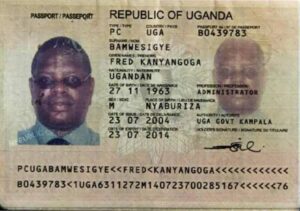 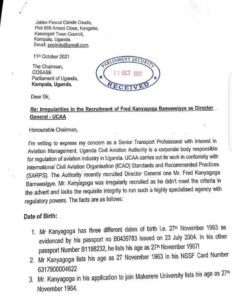