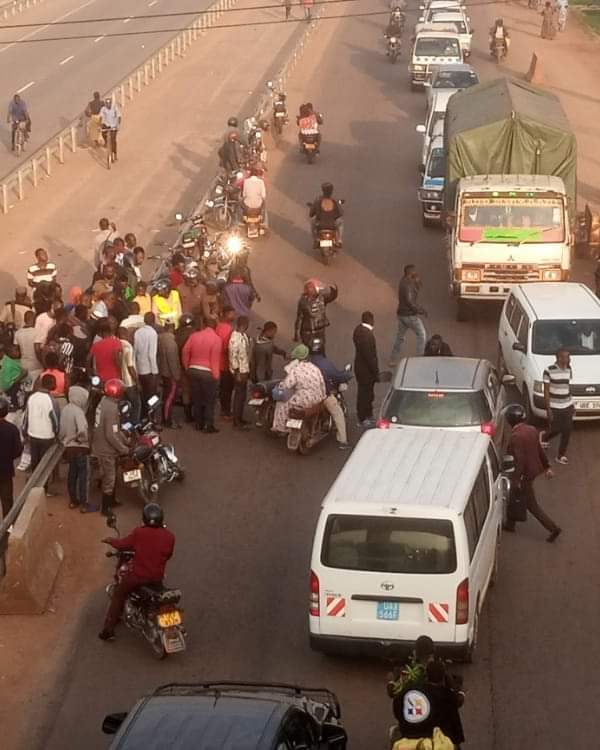 The Uganda Police Force truck has this Thursday morning knocked and killed a one Kyomuhendo Penelope, 24, just as she made her maiden debut at her workplace.

The accident occured at Mawanda road along the Northern bypass section of Kawempe division.

Eye witnesses say a speeding police truck deliberately knocked and killed Penelope and sped off leaving her lying lifeless on the road.

“The young woman died on the the spot. She could not make it,” an eye witness told this newspaper. “The police driver did not even bother to stop and see the lifeless young woman,” she adds.

Meanwhile, the deceased had just acquired a job of a cleaner at Ministry of Finance, Planning and Economic Development. She was heading to work at the time the truck knocked her. Efforts to retrieve the registration number details of the police truck turned futile as police has not yet released the CCTV footage to the public. It is not the first time that police is knocking and killing people with impunity. Throughout the 2021 campaign trail of opposition candidate Kyagulanyi Ssentamu Robert aka Bobi Wine, very many lives were lost to the police reckless driving.