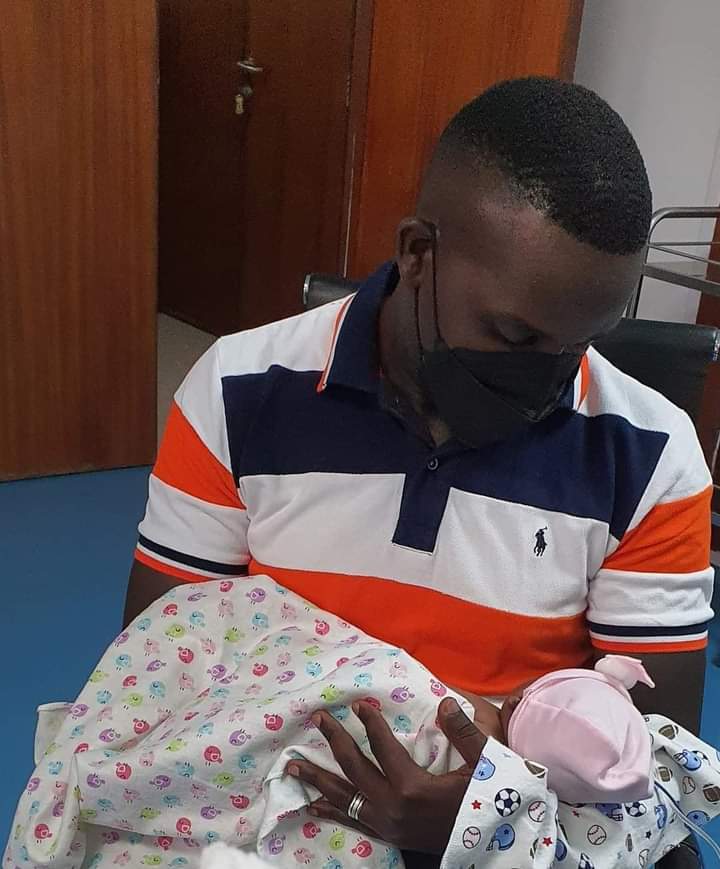 The National Unity Platform party spokesperson Joel Ssenyonyi who now heads the COSASE committee in parliament on Wednesday shared photos of himself and his new born baby girl.

Ssenyonyi who of late has been quite politically inactive due to family duties was last seen throwing a lavish baby shower for his wife Nagawa Febress that left NUP supporters excited and cheering.

The newborn babygirl has been named Gianna. NUP supporters are already showering their spokesperson for joining the league of men after spending a greatest deal of his life without making his family life public.

“This has been Ssenyonyi’s year. He tied the with his lover, won his election and also graduated at Makerere University with a Bachelor’s degree in law,” one NUP member celebrated the news on social media.

Meanwhile amidst the week, Alex Waiswa Mufumbiro was unveiled as the Deputy spokesperson for the National Unity Platform so he can assist Joel and fill any vacuum left by his busy parliamentary and family schedule.