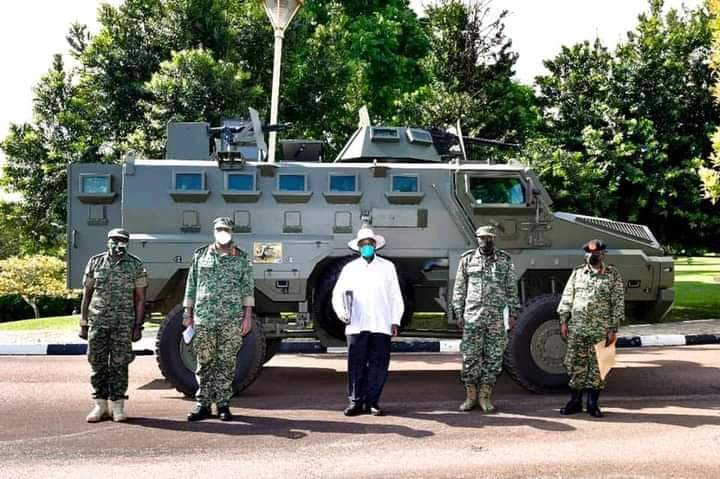 Speaking after the launch , Gen Museveni said that Uganda is now well equipped to protect its sovereignty and defeat all its enemies with no one having the capacity to cause any chaos and insecurity in the country.

Gen Museveni added that he is building an army second to non in Africa with all those who think can use anti people technics to take power day dreaming because it is not possible and can never happen.

The new Infantry fighting vehicle was manufactured by the Army Engineering Brigade at its industry in Luweero.

Commander Land Forces Gen Muhoozi Kainerugaba who was also present at the launch thanked the Army for being such creative and determined to do all that is possible to ensure peace and stability in the country.

He also took the opportunity to warn all those that have ill plans to distablize the peace of Uganda to either call off their plans or else face the trouble that those who dared in the past faced. “Those people in NUP who wish to start trouble don’t know what we are capable of doing right now,” he said. “I want to tell all those trouble causers that we shall defeat them of they dare,” he added.