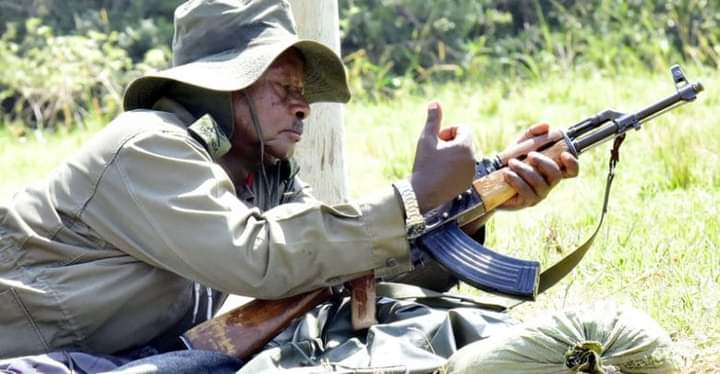 Yesterday evening was a bad day for Uganda after what is suspected to be a bomb exploded in Komamboga a Kampala surbub killing two people on spot while scores were rushed to hospital with severe injuries.

Gen Museveni regarding the attacks has come out to issue a statement on what happened and the step forward. The 5 star Gen says these look to be the usual terrorists who want to distablize the peace of Uganda but it can never happen when he is still the president of Uganda.

“We shall defeat this criminality like we have done in the past,” he said. “I have been briefed on the bomb incident in Kwata zone, Komamboga. The Information I have is that 3 people came and left a package in kaveera which later on exploded, killing 1 person and injuring 5 others. It seems to be a terrorist act but we shall get the perpetrators.” Gen Museveni added.

“The Police Specialists are on the ground investigating the whole incident. They will give us more information later. They will also give guidelines on vigilance by the Public dealing with these possible terrorists.” He adds

“The public should not fear, we shall defeat this criminality like we have defeated all the other criminality committed by the pigs who don’t respect life.” He roars