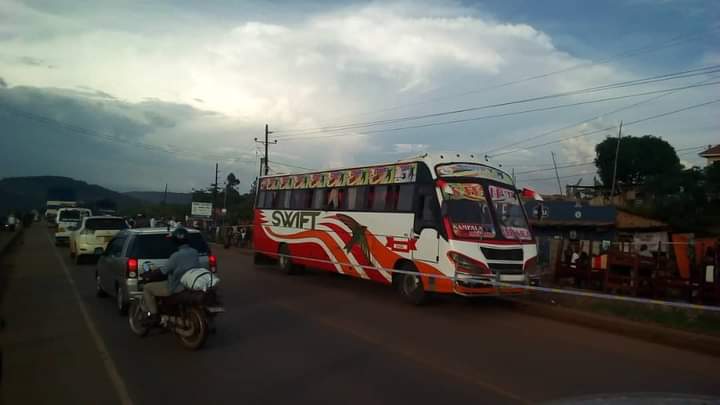 At least one yet to be named person died on the spot and a couple of others left injured following a suspected bomb blast in a bus along the Kampala- Masaka highway.

The blast comes just moments after another was a day ago reported in Komamboga, a Kampala suburb where a waitress at Digida pork joint died on the spot and 3 other revellers injured after explosives were detonated.

“Museveni old tactics has proved him stupid because in this generation we think ahead of him now he is going to arrest more NUP Mps saying that they are the ones behind bomb blasts in Uganda,” reacts one Ugandan on social media. “They claimed that suspects are wearing People Power shirts. This is meant to politicise the terror,” another reacted.

Meanwhile, Museveni declared the attackers a group of ‘pigs’ that shall be caught soon. The Islamic State according to a Reuters report has already claimed responsibility for the Saturday night bomb attack.