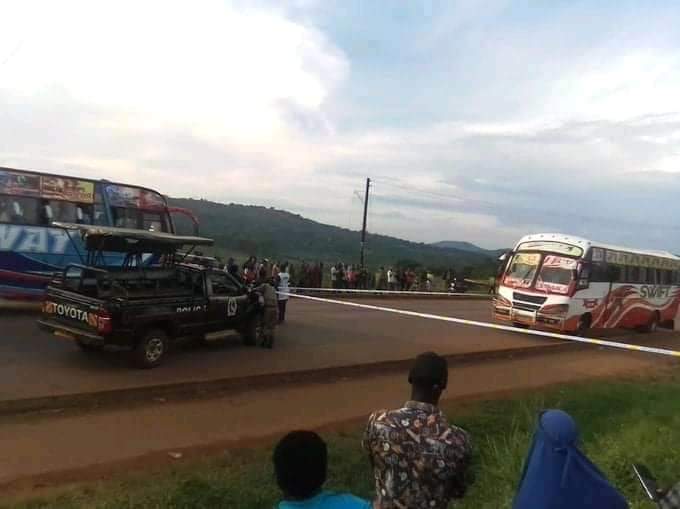 The Islamic state in Syria and Levante, a Jihadist organisation has come out to own the terror that happened in a bus traveling from Kampala to Mbarara on Monday evening.

The unfortunate incident happened yesterday killed at least 3 people on the spot following an explosion within the bus around Lugala in Mpigi District, according to a police report.

Police is yet to come up with an official report on the matter to ascertain the exact cause of the explosion.

Also on Sunday, the Islamic State in a Telegram staement according to Reuters owned the terror that happened in Komamboga killing one person on spot and leaving others injured. The group said it planted an explosive device in a bar where “members and spies of the Crusader Ugandan government were gathering.

Police said the bomb was full of nails and sharpnel and targeted a pork restaurant. Three men, who appeared to be customers, went to the restaurant and left after placing a polyethylene bag under the table.

President Museveni came out to say that the Criminals whom he termed as pigs will be caught and persecuted for the terrors they done to Uganda.

In 2010, al Shabaab, a Somalian terrorist group, claimed responsibility for a similar attack in Kampala that killed dozens of people. The group said that bombing was in retaliation for Uganda’s deployment of peacekeeping troops to Somalia.