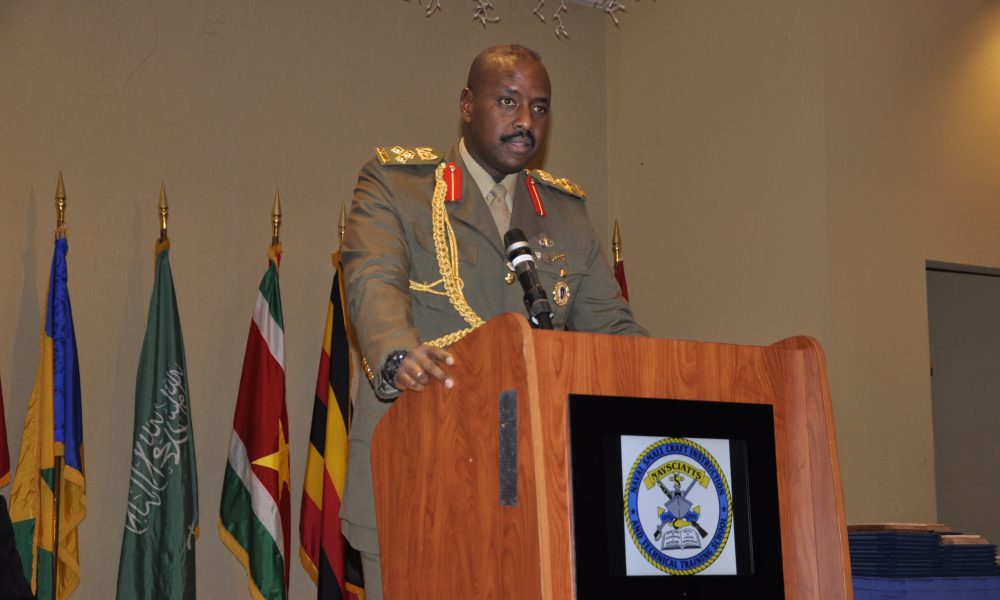 Commander Land forces of the UPDF Lt. Gen. Muhoozi Kainerugaba has come out to warn all rebel groups that are trying to destabilize the peace of Uganda that the army will teach them tough lessons and they will regret their actions.

“Those throwing small bombs around will learn a tough lesson,” Muhoozi remarked. “As army, we have the capacity to defeat any group that wants to drag this country back to chaos,” he added.

Gen Muhoozi adds that he pities those who think they can defeat the Bachwezi saying that Uganda is a nation of descendants of the Bachwezi who can not be defeated because they have demonstrated the capacity to defeat all their enemies.

“I pity those who think they can defeat Bachwezi… Uganda is a nation of descendants from Bachwezi. Those who are throwing small bombs around will learn a tough lesson,” he sternly warned.