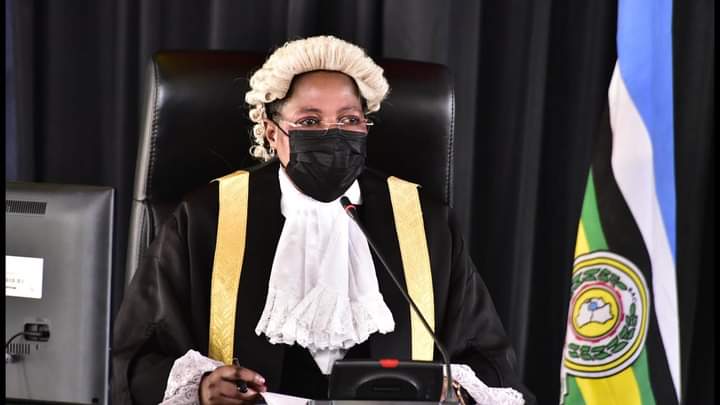 The Deputy Speaker of Parliament Hon Anita Among has come out to tell legislators that no one will intimidate her, assuring them that she remains their deputy Speaker for the next 10 years and Speaker for another 10 years.

SEE ALSO: Parliament will not interfere with NUP MPs trial, says Among

Among’s full blast came after reports on social media detailing her alleged financial dealings before being elected Deputy Speaker. This was during a debate on a motion paying tribute to Uganda’s first female legislator, Florence Alice Lubega who died on 28th October at the age of 103.

Florence Alice Lubega served in the Legislative Council between 1958 and 1961, and in 1962, she returned as Ssingo North West MP, becoming the first female Ugandan MP.

Rt Hon Anita Among said that the deceased set the pace for female leaders today and that she is the reason why people like her are in parliament and confident to serve as Deputy Speaker for 10 years and another 10 years as Speaker.

She encouraged women never to be intimidated or blackmailed.

The Leader of Opposition, Mathias Mpuuga said that the current politicians have a duty to care for the girl child because they have immensely suffered during lockdown with teenage pregnancies and there is need to put systems in place to ensure the girl child is protected from the sexual violence so they too attain education like Lubega.

Tororo Woman MP Sarah Opendi described the late Lubega as a remarkable debater, who gained popularity for her tough stand against the executive and urged her fellow MPs to emulate Lubega.