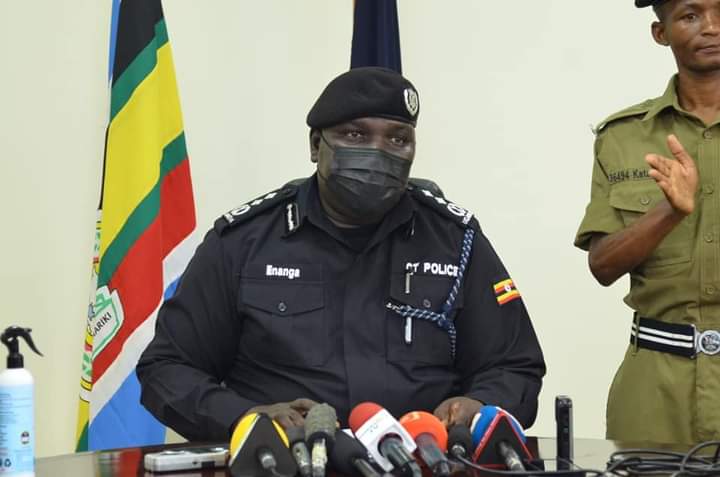 The Joint Counter Terror task team actively involved in the ongoing counter terror operations, found themselves in a volatile situation, after a terror suspect, jumped off a patrol vehicle and tried to escape, while being escorted to SID Kireka.

The officers responded immediately and fired warning shots while commanding him to stop but all in vain, which prompted them to shoot and maim. Unfortunately, the suspect succumbed to the bullet wounds at the scene around Naguru remand home. The suspect now deceased, has been identified as, Matovu Adam alias Manihajji aged 36, and resident of Ttula zone, Kawempe 1 ward, Kawempe Division.

The officers were returning from a very successful cordon and search operation in Kawempe Division, where they recovered an AK 47 gun, (without a serial number) but with 14 rounds, a bag containing a suicide belt with suspected explosives, and an assortment bomb making materials. The suspected explosive was neutralized at the site, on safety grounds.

The officers kept telling him to stop, but he did not adhere to their command.