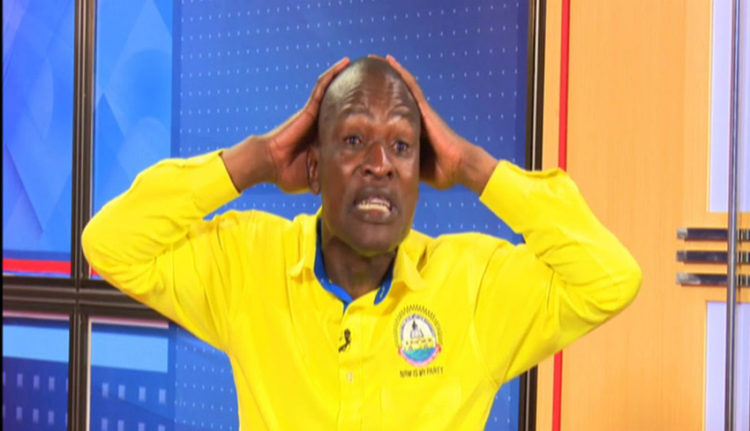 Out spoken former President Press Secretary Mr Tamale Mirundi has come out to warn Bukedde newspaper Editor Mr Geoffrey Kulubya to stop malicing people or else he will take efforts and castrate him.

Mirundi lost his cool while appearing before a political talk show on one of the radio stations in Kampala after a Bukedde publication paper was served to him containing a story on how Justice Bamugemeire’s brothers was involved in illegal dealings.

Mirundi says Bukedde’s Kulubya allowed such a story to be published with an aim of undermining Bamugemeire as a person.

The bitter Mirundi went ahead to tare apart the news paper while cursing Kulubya asking his small gods to intervene and make Kulubya run mad.

Mirundi adds that Kulubya is fond of provoking People including himself. Tamale says the day he will get his hands on Kulubya, that will be the end of him.

” He attacked Col Kaka to malice him when his son was involved in a murder case. How did that have to do with Kaka’s job in ISO. That man wrote in his paper on how I was a drunkered to undermine my position as Presidential press secretary. I will kill him.!! ” Mirundi roared