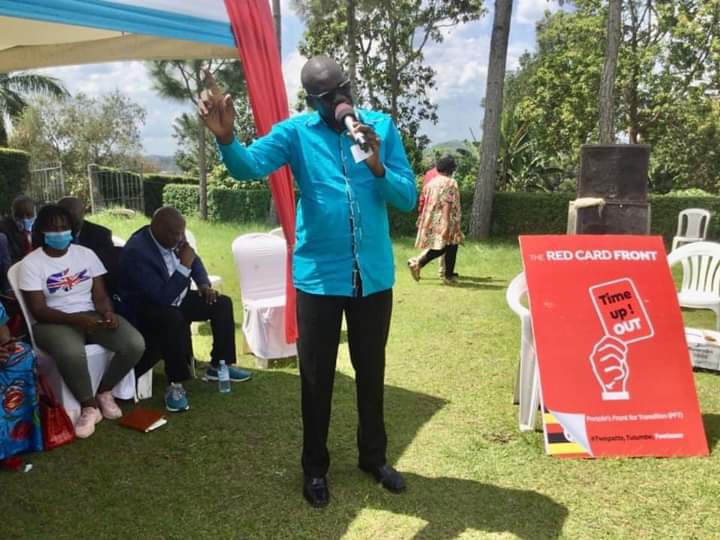 The FDC Party president Eng. Patrick Amuriat Oboi has responded back to his critics who have been criticizing him for failing to concede to the fact the the National Unity Platform party is the new gateway to Uganda’s liberation struggle.

According to Amuriat, NUP and its leaders should just engage with other key opposition players if they really wish to liberate Uganda from the grip of the NRM dictatorship.

Recently, Amuriat came out to laugh at the NUP party and its principal Kyagulanyi Ssentamu Robert aka Bobi for ‘failing’ to deliver the change they had promised to Ugandans.

“You saw them shouting slogans after slogans. We are going to Entebbe mu Ntebe, FDC works for Museveni, we are the new generation, we are failures, ” Amuriat said in a direct jibe at NUP. “We told them that change can’t be achieved through elections but they didn’t heed to our advice. Now where are they hiding? What different thing have they done,” Amuriat added.

SEE ALSO: Our front is successful without NUP-Amuriat

The former presidential candidate who scooped the third slot with less than 3% of the total vote says NUP ought to learn from experience and embrace unity with experienced political leaders and parties.

“This election is a lesson to our friends in NUP. If they cannot embrace our call for unity then I don’t see them achieving anything,” Amuriat says. “Our Front is open to unity because we all have one goal of liberating this country. NUP should just join the People’s Front for Transition,” he adds.