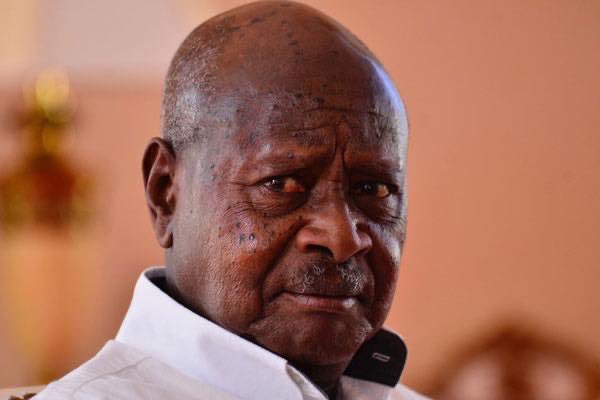 President Yoweri Kaguta Museveni Tibuhaburwa has intervened in the ongoing probe into the corruption tendencies of the Minister for Science also his advisor on epidemics and pandemics, Dr. Monica Musenero.

Museveni while addressing the congregants at a science and innovation expo at Kololo independence grounds on Wednesday told the legislators to go slow on ‘well decorated fighters’ like Musenero.

“You have no right to detract the work of a well decorated scientist like Musenero,” Museveni said. “If you don’t have any implicating evidence, I am coming for you. Politicias should leave scientists to do their work,” he warned.

Museveni’s intervention comes at a time when the Deputy Speaker Anita Among has already constituted a team of legislators to spearhead the probe into the missing UGX 31 billion which Musenero is said to have used for her own gains.

In a report tabled by the Ntungamo municipality MP Yona Musinguzi of the ruling NRM party, it was further discovered that Musenero even employed her own blood relatives to work in the ghost COVID-19 vaccine facility. The same report found that Musenero contacted an Indian vaccine manufacturing firm to assist her with a consignment of vaccines, something that left the MPs amused with many wondering if Musenero is a vaccine procurer or a manufacturer. Hon. Musinguzi even reached a point of asking for extra security after he revealed that some anonymous people were trailing him ever since he broke silence on Musenero’s covid vaccine money heist.

Musenero has however disregarded the reports saying it is just politics at play. Musenero insists that her critics are simply chasing after the office she occupied. “They were all over hauled off the Ministry that’s why they are witch hunting me,” she intimated to the press. “I will continue doing my duties. We are here to serve Ugandans, not waste time in chicken fights,” she added.