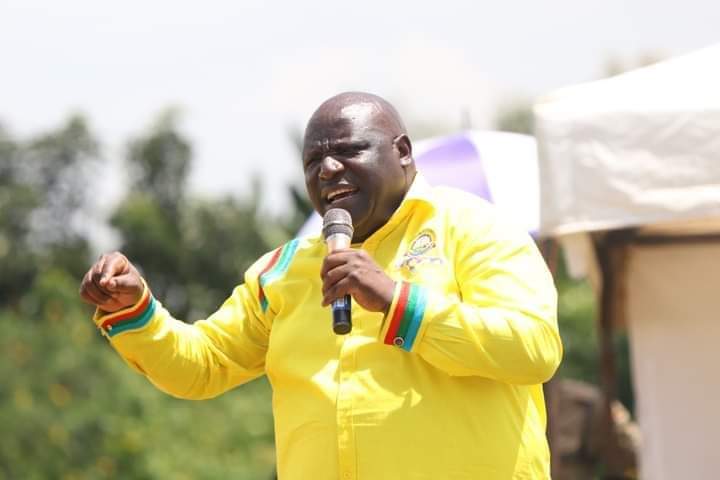 The National Resistance Movement Director for Communications Hon Emmanuel Dombo has come out to explain why the Security forces are always suborttaging NUP and and PFT mobilization activities.

Hon Dombo says that it is on record that Dr Kizza Besigye and Hon Kyagulanyi alias Bobi Wine have on many occasions publically announced their plans to overthrow the legitimate government of Gen Museveni through using any means Possible.

Dombo says such misleading and threatening words cannot be taken lightly by any sober government and this is why most of their activities are blocked by the security forces because they have written undertones of espionage, crime, treason.

Dombo adds that it is good the people of Uganda have kept a deaf ear on some of these activities like demonstrations, riots which are aimed at causing insecurity and rising the population to rebel against a legitimate government just as it happened in Libya, Sudan, Zimbabwe and some many other countries.

Dombo further adds that Besigye and Kyagulanyi are trying to bring their frustrations of losing the election to take things personal even when Ugandans chose Museveni over them.

Dombo also says that the security forces will not leave any aperture open to let those wanting to undermine the prevailing peace and security cause harm to a stable country.