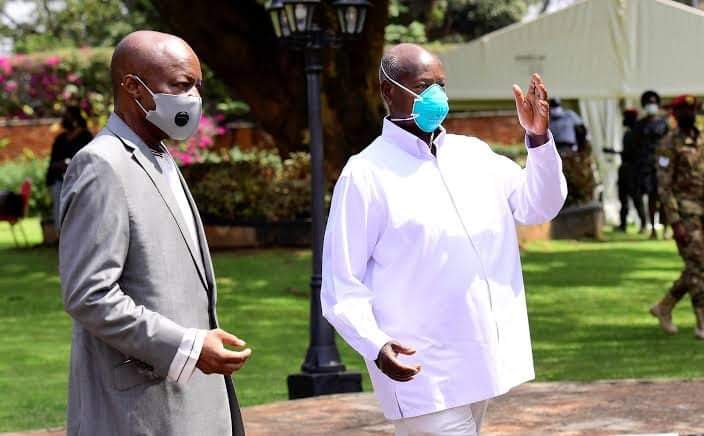 Gen Yoweri Kaguta Museveni has waged war on the Institution of Buganda Kingdom this time ordering his NRM CEC members to fight Buganda Land Board which he termed as illegal and un acceptable.

SEEALSO: Veteran judge opines that Mailo land will be the fall of Museveni

The President’s statement is in line with the views of junior Lands minister Sam Mayanja of October 7, claiming that the land board is illegal.

Mr Museveni has always pushed for reforming land laws in the kingdom, a move that has met resistance from both the Mengo establishment and the Kabaka’s subjects.

In a letter to all CEC members dated November 8 , Museveni tasked them to “identify the legitimate interests of the different groups of people,” which he says is the crux of mobilisation.

Mr Museveni says leases were for the educated sometimes foreign, commercial producers using land, and cannot be for the Ugandans who have their homes (obutuuro) and graves of their ancestors on those lands.

“That is why customary or freehold may be the only correct models for Ugandans. However, that ownership should be tied, in my opinion, with the obligations to use land as agreed with the state (farming etc).

Otherwise, he says, the hoarders of land should be penalised, somehow. If this is not done, the President adds, the people of Uganda will starve or be forced to kusaka (buying from others), while hoarders are sitting on the land of the country.