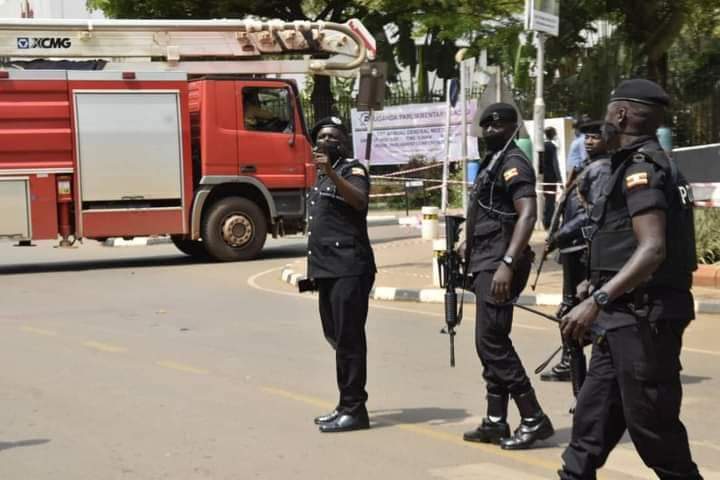 Police spokesperson Fred Enanga has just said that camera footage showed a man dressed in a black jacket holding a bag getting near the central police station and blew himself up.

Near the jubilee building, two men disguising as boda boda men were riding a motorcycle and then after blew themselves according to the cctv footage.

Enanga has added that these are attacks by the ADF rebel group that wants to distablize the peace of Uganda.

He also adds at another sucide bomber was identified and chased later arrested in Bwaise. He has been identified as Moze. His Home has been searched and an explosive jacket was recovered plus some other explosive materials.