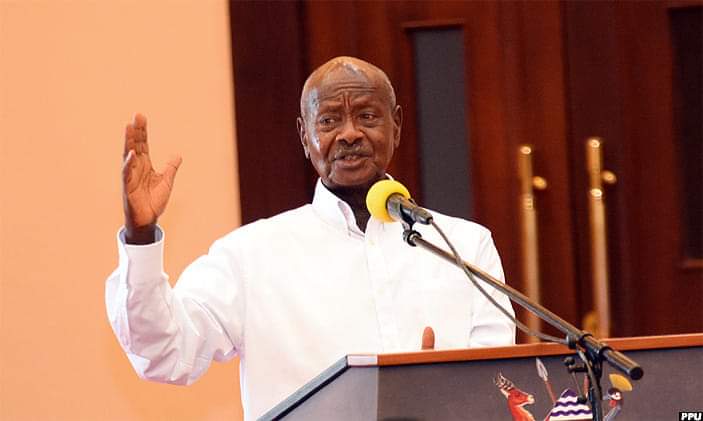 President Yoweri Kaguta Museveni Tibuhaburwa has threatened to crack whip on the striking medical doctors whom he has accused of being ‘morally reprehensible’ opportunists ‘with no spirit of patriotism’.

Museveni’s bitterness is inspired by the ongoing sit down strike launched by government employed doctors in health units across the country.

The striking doctors have led to a standstill of businesses in the government run health units. In Mulago hospital, only patients if HIV were allowed access to the premises of the facility. Similar scenarios were reported across the country whereas in some cases in upcountry health centres, patients were not even allowed to enter regardless of their demanding health state.

Museveni has now branded the striking doctors as a ‘bunch of opportunists’ who have no shame at all.

“This is a service, not a money making venture. Why did you come to the medical profession if your goal was to generate wealth,” Museveni reportely roared in a closed door state house meeting held in Entebbe. “In the medical profession, there are oaths of service taken. I don’t expect these selfish people to value money other than the lives of our people,” he added.

Sources privy to the meeting revealed to this site that Museveni resolved to sack all the striking medical crew and replace them with soldiers of the UPDF.

Meanwhile, the opposition National Unity Platform party backed the decision of the striking doctors saying they are right to demand for higher wages since in their profession, they place their own lives at stake.