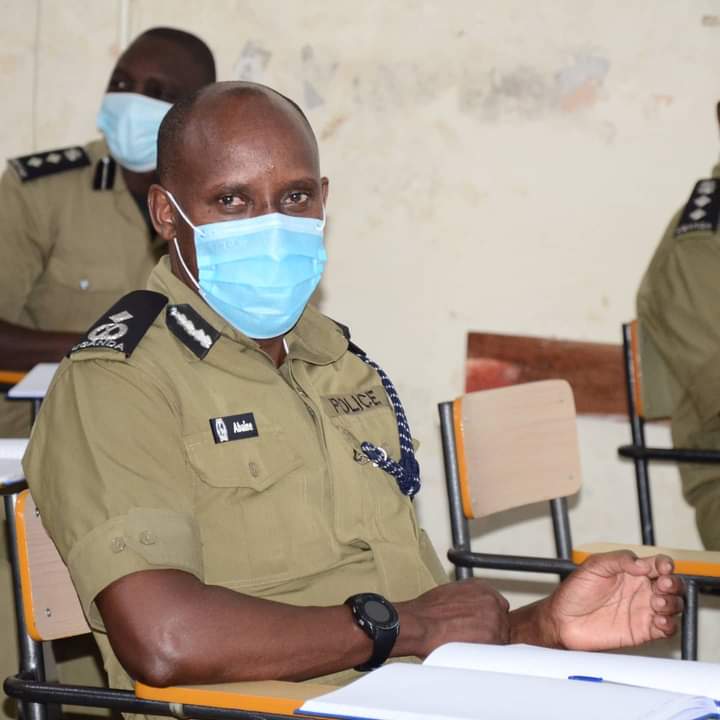 RPC Abaine Enock who is well remembered for his notoriety in the Masaka subregion during the 2021 campaign trail is set to be promoted, this newspaper is reliably informed.

SEE ALSO: RPC Abaine in panic amid speculation that he may face arrest

The name Abaine Enock will not wither off the supporters of the National Unity Platform party and the public at large. During campaigns, an aggresive Abaine unleashed unprecedented terror indiscriminately at members of the public and the press. He is well remembered for firing a teargas canister that hit renowned Ghetto TV journalist Ashraf Kasirye. Todate, Kasirye suffers memory loss challenges since his skull was deeply damaged. He still wears a helmet to protect his fragile skull.

Abaine is not new to terror. Rukungiri residents who withessed him in 2017 shoot and kill a 19 year old boy during the age limit protests perceive him as a living curse that shall never have peace when the current regime falls. Many believe Abaine is a candidate for jail due to his criminal records that have seen many lose their lives. Abaine’s wrath is well felt in the repatriation campaign that targeted Rwandan citizens in the reign of Kayihura as IGP.

Despite having blood stains on his claws, Abaine has beaten all odds to become one of the most decorated police officers ranking at ‘Regional Police Commander-RPC’. The Ankole born is one of the surviving Gen. Kayihura boys that have reaped big from the police institution due to double dealing and unprofessional conduct. He was today seen at Bwebajja police institution in Kajjansi where he is eyeing a shortlist for the vacant Deputy Inspector General of Police slot that was earlier occupied by the deceased Maj. Gen. Paul Lokech.