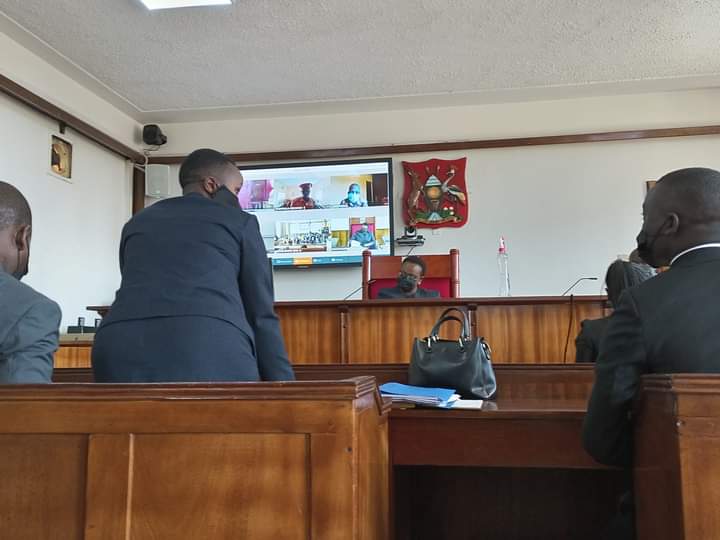 Her lordship Christine Nantegge the presiding Masaka grade one magistrate committed the duo and other four civilians on the charge sheet to the high court for trial. Prosecution revealed that their investigations into the case have been concluded and that what awaits is a trial.

The Masaka Resident state attorney Richard Birivumbuka told court that investigations were complete prompting the magistrate to commit the accused to the high court.

The defense lawyer for the accused Counsel Shamim Malende rallied prosecution to produce a copy of the investigations but her prayer was turned down as they claimed if heeded to, the case would be compromised. 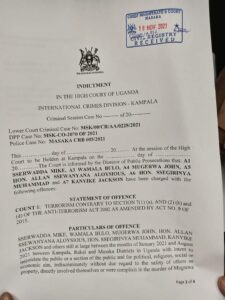 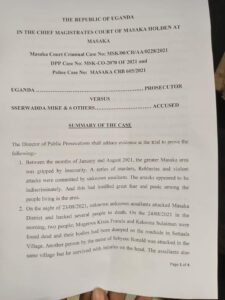 The magistrated who seemed to have been briefed about the investigations told court that prosecution was even willing to produce even a CCTV footage showing the implicated MPs lounging around the Kabaka’s lake and Happy Boys’ pub in Kampala where they allegedly planned the terror between January and August.

Important to note is that the accused legislators were out of the country at the time when the Masaka terror ensued. Hon. Allan Ssewanyana was in Japan for sports duties while Hon. Ssegirinya was in the Netherlands lobbying support for his constituency.

Court also says prosecution is even ready to release telephone records of the legislators between the dates when the carnage ensued.

One of the suspects was tortured and forced to confess that the MPs were financing the terror. “We were meeting at Happy Boys where the MPs would give us some money for facilitation. It ranged from 50,000-100,000. We targeted Masaa because it attacts media attention. This was aimed at instilling fear in the public,” confessed one of the suspects on the MPs charge sheet.

During the trial, Ssegirinya told court that his prayer for proper medication at a hospital of his choice was turned down by the Uganda prisons service which instead opted to dump him at Mulago hospital.

The case has been pushed to December 7th when the accused shall be committed to high court for trail.