What is in Ethiopia can’t happen here-Museveni 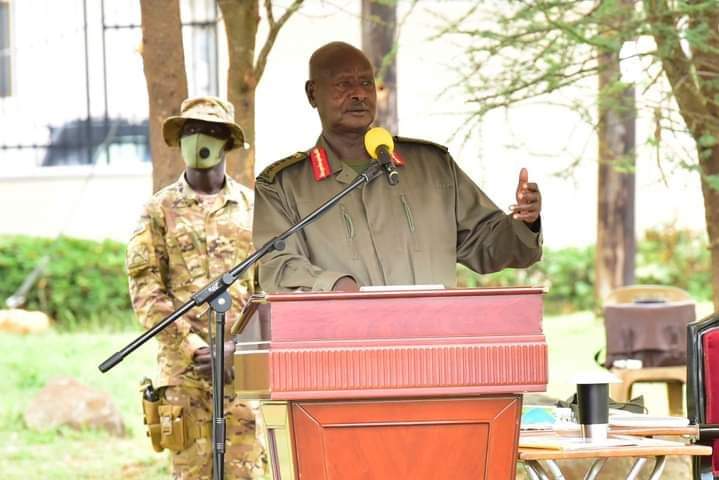 Gen Museveni the Commander in Chief of Ugandan armed Forces says he is confident that no rebel group is great enough to take power from the NRM by force.

Gen Museveni says he is aware of the tough times the Ethiopian government is going through at the Tigray rebels keeping advancing southwards towards the capital Addis Ababa but says that such nosense cannot happen in Uganda because the Army is so strong to be humiliated by such anti people rebel groups.

The rebel advances have also tempted the Ethiopian Prime Minister to decide to lead his army from the battlefront.

“No one can take power by force from the NRM because we have the capacity to defeat such nosense. Those who tried in the past still regret their actions.” The Gen. Museveni roared. “We are beyond that nonsense,” he added.

Gen Museveni also assured Ugandans that the terrorist attacks that have been happening in the recent past will be sorted out as the security and intelligence Organizations are successfully cracking down and arresting all those that have been involved.