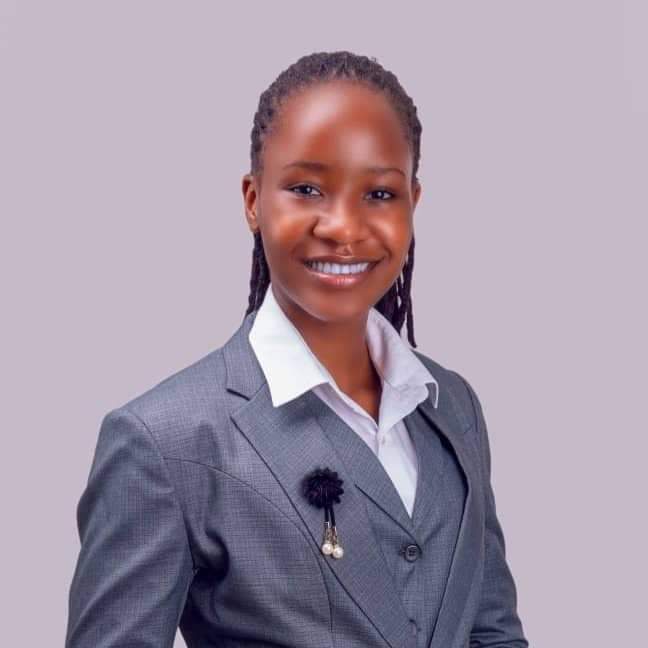 Her Excellency Mirembe Rachael Sserwadda the newly elected Guild President of the Mukono based Uganda Christian University has come out to contest allegations that she is linked to the opposition Forum for Democratic Change party.

Earlier on, social media was awash with debates between FDC diehards and the general public with the rivalling contest stemming from the political stand of Ms. Mirembe Rachael. The FDC and its top leaders like Harold Kaija and Mulindwa Walid Lubega had openly come out to claim that Rachael is their party member despite having run her campaign as an independent candidate in line with the University regulations that prohibit partisan politics.

Racheal in a recent tweet issued today has clarified that she has never breathed anything like the FDC. She explains that the FDC party is just trying to associate with her victory in a quest to achieve a point having lost grip of the Makerere University election. Below is the tweet from UCU’s Mirembe Rachael Sserwadda; 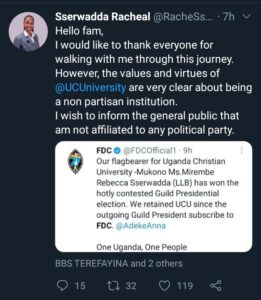