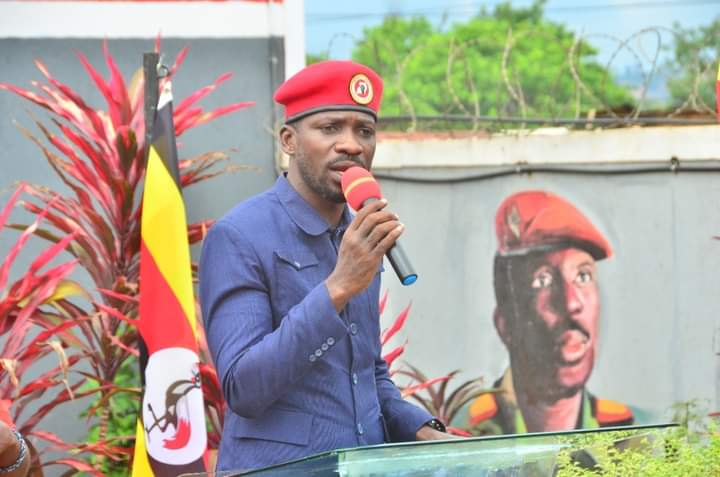 While addressing a press conference today at the party Headquarters in Kamwokya, National Unity Platform President Hon Robert Kyagulanyi has once again made it clear that the only mission his party has is to put down the government of Gen Yoweri Kaguta Museveni and his henchmen.

Kyagulanyi has said that Museveni has been behind the death and bleeding of many Ugandans citing the November 18th 2020 killings during the riots as well as the attack on the palace of Rwenzururu Kingdom in Kasese that left over 200 People killed in the battle.

“As we all remember, Museveni ordered Gen Elwelu and other soldiers to attack the palace of His Royal Highness Charles Mumbere killing many of his subjects, addressing women who were tied on ropes, leaving the palace burning into ashes as well as arresting the King.” He said

Kyagulanyi adds that he calls upon all change seeking forces from all sorts of corners to come and join the struggle to liberate the country .

” The liberation struggle will be so much easy if we all unite and say no to this dictator. We dont fear him, he knows that. We should send him packing. Lets all unite and sort this matter out as soon as possible.” Kyagulanyi roared

Kyagulanyi added that Ugandans have cried enough and for the sake of saving the coming generations, it is the duty of this generation to fight and save the future from the disaster that awaits it.

“We all know Museveni is planning to bring his son Gen Muhoozi Kainerugaba as his successor. We should not let that happen. As Museveni leaves, he should leave with his son.” Kyagulanyi said