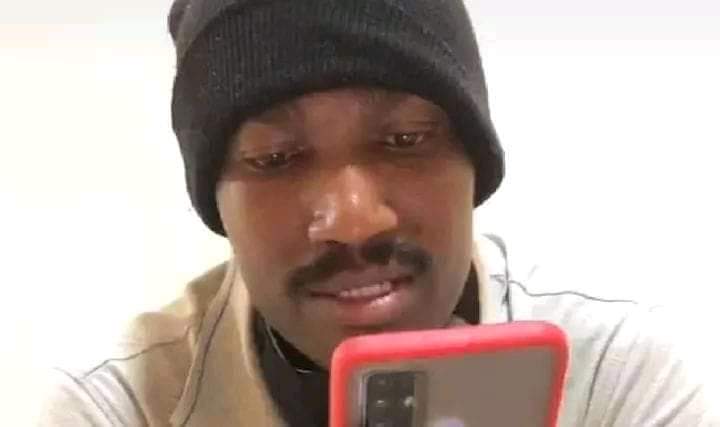 Paul Mubiru, a Kampala trader who appeared in a viral social media clip hawking grasshoppers (nsenene) aboard a Uganda Airlines flight last Friday has been arrested.

Eye witness who happened to be some of the passengers who traveled with Mubiru from Dubai aboard Uganda Airlines say he was arrested by immigration officers at the arrivals section at Entebbe Airport on Sunday at 11:49am as soon as the plane landed.

It has been confirmed that Mubiru was arrested after being swabbed at the airside by medical workers in the ongoing mandatory Covid-19 testing exercise for all incoming passengers. Mubiru was reportedly approached by two immigration officers after he removed his cap and shades.

“But I think they already knew him because even before he had removed his cap, the officers were looking at him curiously,” the passenger said. ‘They later moved out with him.” said one of the witnesses.

Another passenger told our reporter that Mubiru was whisked away in a private vehicle that was parked at the apron, where planes park. The vehicle was parked close to the entrance of the arrivals section.

“Some passengers may not have noticed Mubiru being arrested because the whole episode lasted about three minutes,” the third passenger said.

“He really embarrassed Ugandans abroad because every foreigner especially Kenyans made us a laughing stock,” the passenger says.

Mubiru was detained at the Aviation police station in Entebbe, after being handled for a few hours in the security office of the airport. Mubiru’s woes started after he was seen in a video selling grasshoppers as other passengers boarded the flight at Entebbe.

The incident, which has since gone viral on social media, happened before the airline’s Airbus 330-800Neo departed for Dubai at Entebbe airport on Friday, November 26.

Mubiru, a purchasing agent for city traders, in videos circulating on social media, was seen selling grasshoppers for Shs 10,000 in a transparent polyethylene bag (kaveera). Mubiru has since apologized for his actions, saying he was hawking the grasshoppers for comical purposes.

Thaddeus Musoke, the chairperson of Kampala City Traders Association (KACITA) which Mubiru belongs to on Saturday vowed to punish him for his actions.