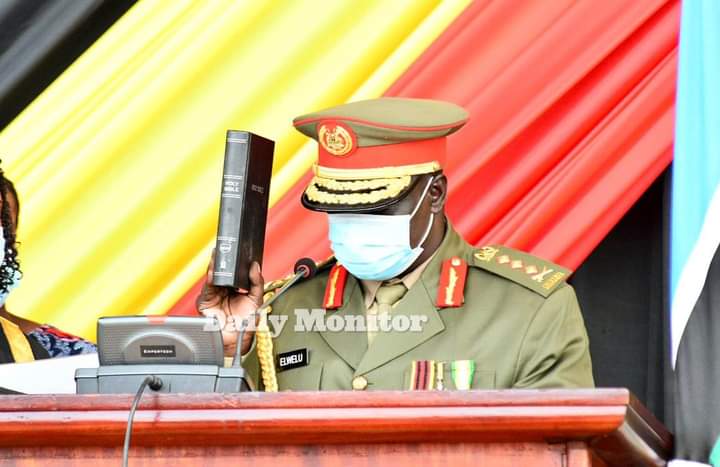 The National Unity Platform party spokesperson Joel Ssenyonyi has lashed out at security agencies for being very hesitant on apprehending the prime orchestrators of the Kasese massacres that ensued on November 26, 2016.

Ssenyonyi who spoke at a Kamwokya presser this Monday morning expressed his rage at security forces for spending too much time witch hunting terror suspects yet some of them are even at their disposal.

He cited Lt. Gen Peter Elwelu whose ranks were elevated in appreciation for presiding over a mass decimation.

“We are sitting with a terrorist in parliament. Elwelu killed scores of people in 2016 but today he is comfortably a member of parliament representing the UPDF,” Ssenyonyi remarked. “We shall make the perpetrators of the Kasese massacre pay. We will ensure that justice is served,” he added.

On the same event, NUP honored the lives of all the people who were butchered as government soldiers invaded the Kasese based palace for the Obusinga bwa Rwenzururu. NUP ordered for the publication of a detailed report on the killings.