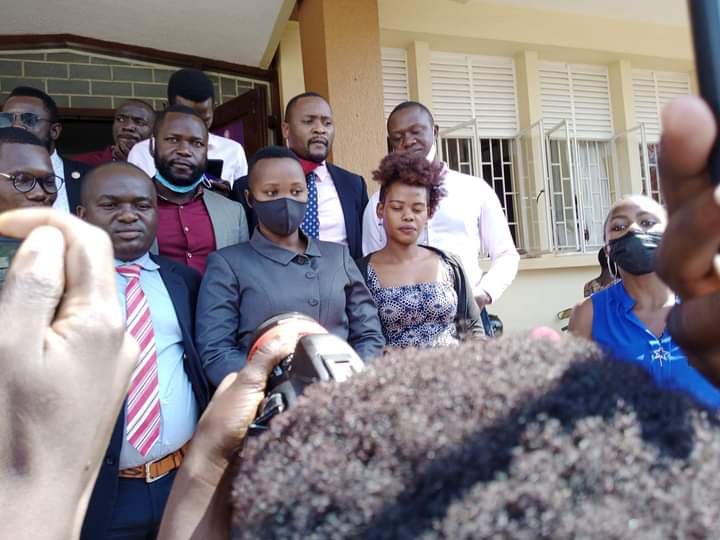 Buganda Road Court Chief Magistrate Doreen Olga Karungi has this Thursday morning granted bail to the embattled Kawempe North Legislator Muhammad Ssegirinya. The bail was okayed after a UGX 1 million cash bail for the accused and UGX 10 million non-Cash bail for the sureties.

His cash bail bill was cleared by Hon. Apollo Ariho, a councillor for Wandegeya and Thomas Bagonza of Katanga, a low income suburb of Kampala.

The bail was granted on the basis that the case in question is non capital in nature and also the fact that the MP is visibly frail and in need of urgent medical attention.

The embattled MP appeared in court via a video feed from his hospital bed where he has been confined for the past month since his health deteriorated tremendously. Ssegirinya says that despite his prayer to be bailed to get medical attention, the prisons authorities have declined to heed even when they see his health is critically down.

In this particular case, Ssegirinya is being accused of offensive communication where he allegedly rallied Ugandans to violently depose the government of Uganda. He is quoted to have said that a genocide like that of 1994 in Rwanda was likely to occur in Uganda if Museveni doesn’t willingly concede to the resignation calls of Ugandans.