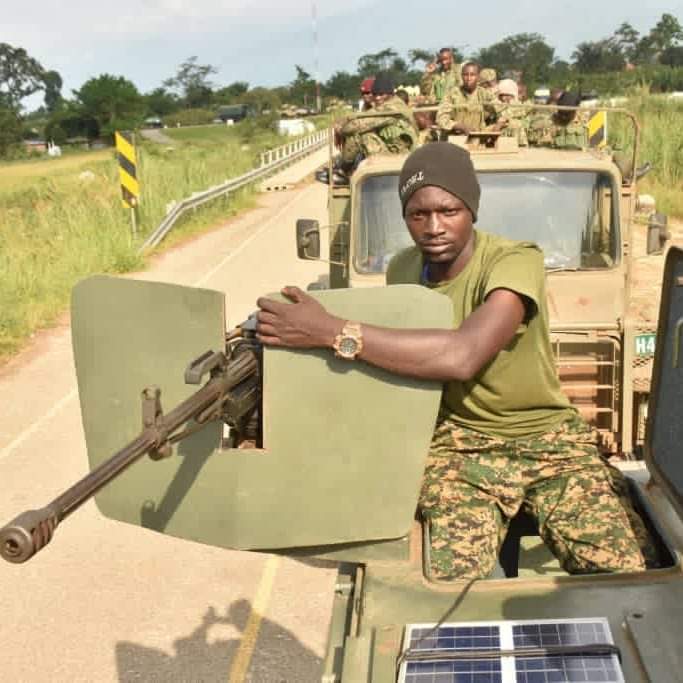 The UPDF information operations officer in DR Congo Maj Peter Mugisa, has said that the poor terrain, the bas roads in DRC have affected the army’s operation against the ADF.

Maj Mugisa while speaking to journalists in Bundibugyo , said that the UPDF has already established its forward operating base at Mukakati in North Kivu which is only 19 kilometres away from ADF camps.

He noted that at the moment, the troops are facing the challenge of the poor road network from Mukanga towards the ADF camps which cannot allow their vehicles to proceed.

“We are going to halt the operations for a week such that we bring in graders to open up the roads, but the combined fighting patrol force has started moving forward from Mukakati towards those known camps of ADF,” Maj Mugisa said.

He also added that the soldiers lack access to enough clean water saying that they are forced to carry water from Ugandan water points.

“We are planning to bring in our engineering team to construct and establish some water points wherever we shall be based,” Maj Mugisa said.

“It will depend on how our national leaders have agreed upon with our counterparts in DR Congo. Our forces are ready to neutralise ADF to see that they don’t continue causing mayhem,” he said.

Maj Mugisa said that some have ADF rebels disappeared from the camps UPDF attacked using fighter jets on Tuesday, while others were killed and a few are still remaining there.

“We call upon the ADF rebels to surrender because we know some were forced or deceived to accept their doctrine so better surrender and come to us we shall receive you, if not you shall perish there,” he noted, adding that they have deployed heavily at porous border points to counter those who want to infiltrate the neighbouring communities.