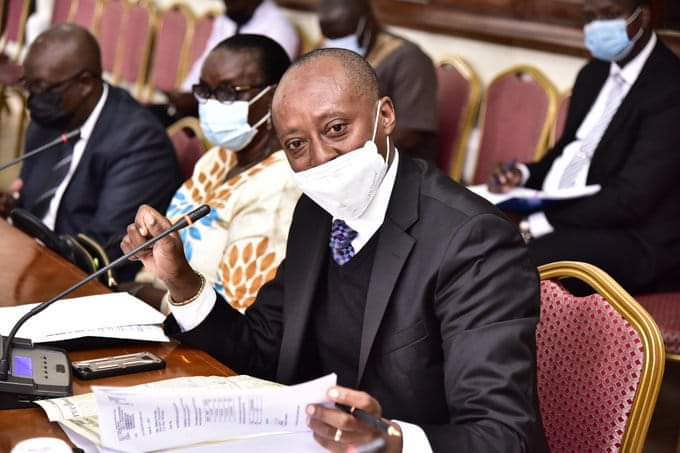 The petitioners; Hillary Twesiga, Vital Mukarago, Steven Muganga, Paul Mukarangye, Jerald Gutesa, and the estate of Frank Mirenge have petitioned the office of the speaker of parliament to intervene and have the MP who is already under probe for allegedly grabbing Uganda Railways Corporation land in Nsambya to refund their money.

The family members say that they owned land in Isingiro district which was occupied by refugees, until June 2018, when the government compensated them to a tune of Shs 13,549,481,400 (Shs 13bn).

But Mwesigwa, through his company; American Procurement Company Inc (AMPROC Inc) convinced them to grant him powers of attorney to receive all the payments from the government on their behalf and that he would later remit to each petitioner their entitlement.

According to the petition filed through Kakuru and Company Advocates, the MP received a total of Shs 10,225,710,000 (Shs 10bn) between June 13, 2018, and May 11, 2020, using two companies; AMPROC and Mwesigwa Resorts Ltd but never remitted the money to the intended beneficiaries.

“Upon realizing that no remittance was forthcoming from Hon. Robert Mwesigwa Rukaari, the petitioners revoked the power of attorney to his company and lodged a complaint to the permanent secretary ministry of Lands who stopped remittances to AMPROC Inc and started remitting the balance directly to their personal accounts,” reads the petition in part.

The petitioners had earlier petitioned the president on July 9, 2020, and held a meeting with the state House legal officer in October with the hope that their matter would be resolved.

However, since October 22, 2020, when they met her, nothing has been done, prompting them to petition the speaker of parliament to intervene and have Mwesigwa pay back all the money he owes them.

The MP couldn’t be reached for a comment as his known phone contact as published on the parliament website was off. However, this is not the first time Rukaari is being cited in such land deals.

In 2018, he appeared before the Land Commission of Inquiry led by lady justice Catherine Bamugemereire for taking money from the land fund yet he didn’t have any claims for compensation whatsoever. He was paid more than Shs 3 billion for non-existent land.

Recently, he also appeared before a committee of parliament investigating the loss of Uganda Railways Land. Rukaari is one of the beneficiaries of the 57 acres of land that the government sold in 2009 in Nsambya and Kibuli at a cost of Shs 69.5 billion as a means to salvage the then struggling corporation. At the time, Rukaari had acquired three plots of the URC land in Port Bell and Mulago at Shs 357 million Shillings.

However, a decade later, Uganda Railways Corporation has reportedly not received the payment from the sale of the land in question, prompting an investigation by the parliament’s committee on commissions, statutory authorities and state enterprises (Cosase)