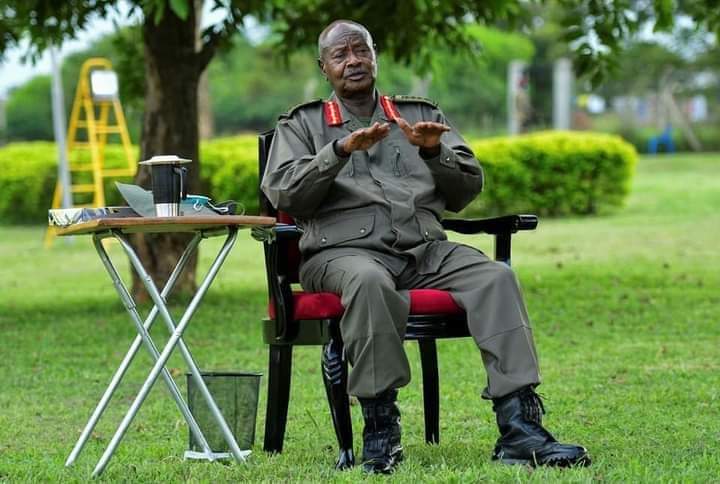 Gen. Museveni says, Uganda is working to sign a number of deals with Chinese private sector lenders in sectors such as agro- and fertilizer-processing, minerals processing and textiles to boost economic development in the long run.

SEE ALSO: Deputy speaker Among rallies Ugandans to back off airport take over talk

Chinese state entities and private-sector firms have long been a driving force of investment in Africa, lending countries on the continent hundreds of billions of dollars as part of President Xi Jinping’s Belt and Road Initiative (BRI).

According to the Uganda Investment Authority, Uganda is ranked third in Africa on foreign direct investment (FDI) from China in recent years..

A parliamentary probe in October concluded that China had imposed onerous conditions on a $200 million loan to Kampala, including the potential forfeiture of Uganda’s sole international airport.

“I don’t remember mortgaging the airport for anything,” Museveni said, adding the country would pay what it owed to China. “There is no problem, they will be paid.” he added

Museveni’s administration, seeking to finance its infrastructure construction programme and shore up political support, has secured large credit lines from China over the last decade.

Differences over the terms of the contract were also the reason why Uganda had not yet secured a deal with Beijing on the 1,000-km (620 miles) super-fast rail link from Kenya’s port of Mombasa to Uganda, though talks were still ongoing. Museveni said

Talking about the fight against corruption, Museveni acknowledged more effort was needed.

“We are still fighting. I wouldn’t boast that we have improved – initially we weren’t really concentrating much on corruption,” Museveni said, adding the battle against graft was one of his main priorities for his current and sixth term as president.