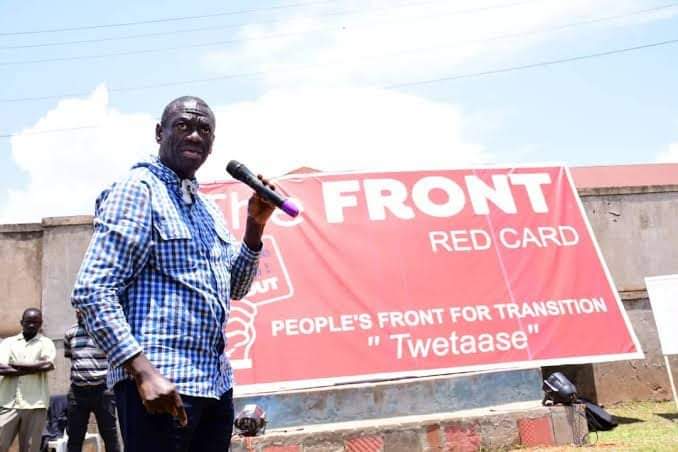 Besigye last made a public appearance for the Front in the Northern Uganda town of Kitgum where only a handful of locally mobilized locals flanked the event. Inside sources say Besigye is withdrawing from the front due to the fact that a large fraction of Ugandans have failed to embrace it. Besigye says he has spent too much money amounting to billions to fund the Front yet he is not even holding any public office.

“I am not a public servant or an elected leader but I have spent too much to see this front achieve its target,” Besigye reportedly retorted angrily. “We have a full city Lord Mayor, his Deputy and several veteran politicians but none is sacrificing the way I have done,” he added.

“We spent millions on our bloggers like Henry Chemba, Nasasira Barnabas, Nyanjura Doreen, Stella Nyanzi, Nana Mwafrika and Kakwenza Rukirabashaija but they have failed to deliver even when we consider them our best brains,” Besigye reportedly remarked before resolving on taking a brief leave from the front. “The public itself is subservient. The defiance mood has died. People are hell bent on supporting NUP even when the Kamwokya group seems to be lacking a serious strategy to topple the Junta,” he added.