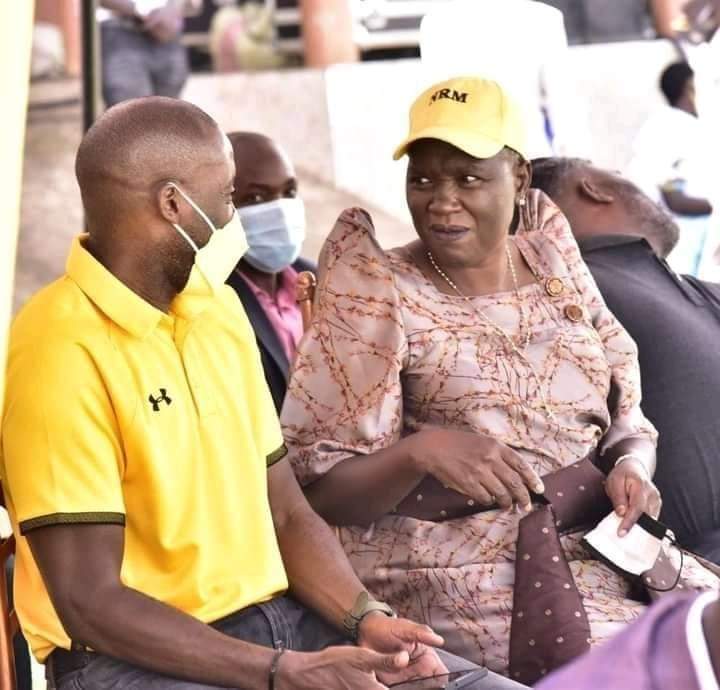 Musumba who is well known for her unapologetic hate for NUP says that FDC is a party that does not tolerate hypocrisy.

“We have values under which we operate. If you are in FDC, you have to be blue to the core. You cannot keep on crossing from here to there,” Musumba said while reacting on Mafabi’s letter. “We are a national party, not regional party like this NUP of Kyagulanyi. FDC is strong and well rooted. We will not fade away even when colleagues who claim to be in opposition are fighting hard to see us off the scene,” she added.

Asked for a comment on her recent pictures that emerged on social media showing her at an NRM event confortably donned in a yellow cap, Musumba says that is not an issue to fuss about.

“When I wear an NRM shirt or their party paraphernalia, does that mean I cease being FDC?,” she asked. “I am FDC regardless of the propaganda being spread. FDC is my party and I will not join NUP ,” she added.

On unity with NUP, Musumba says the agenda and strategy of the two opposition parties varies. “We have no binding factor. We cannot unite with a notorious group of youths whose only goal is to abuse their way to power,” she says. “In FDC we have morals and values. We disagree on principle and that’s what has kept us around all these years,” she added.