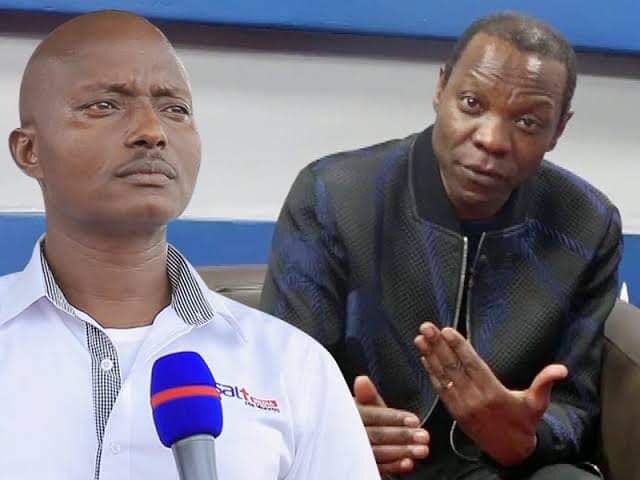 Christian life Church Ministries leader Pastor Jackson Ssenyonga has come out to attack his Canaan land counterpart Pastor Aloysius Bujingo over his move to dumping his Official wife and getting married to another woman.

Bujingo this week was introduced by his new darling Susan Makula something that brought mixed feelings among so many men of God with some saying Bujingo has ashamed them.

During a preaching session at his Makerere based Church, Ssenyonga said Bujingo and his new wife Susan Makula Nantaba are teaching the young children who see them as an inspiration, prostitution since they went against the Bible preachings that condemn infidelity.

“You heard that he was introduced by a prostitute without any fear. They have soiled the Bible, they have put down our beliefs. They are teaching our young generation to go into prostitution,” Ssenyonga told his followers.

“They are bringing marital weaknesses and immortality among pastors and believers. If a pastor does such an act, would he tell you that you shouldn’t separate with your wife? I chased my wife but you don’t chase yours. How will you teach others proper virtuals of marriage yet for you, you act differently.”

Ssenyonga also cautioned his congregation that self proclaimed pastors like Bujingo are opportunists who use the Bible to make money. He said they collect money from their churches which in turn they use to promote prostitution and witchcraft.

An angry Bugingo said Ssenyonga doesn’t know the pain of starting a church, let alone having inherited his Christian Life ministries which belonged to the late Pastor Balabyekkubo.