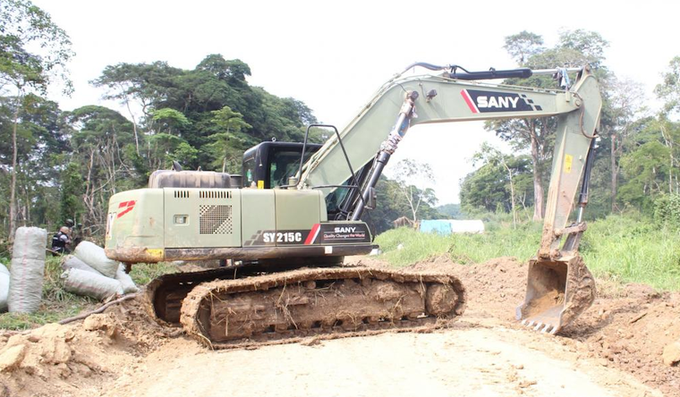 The ongoing Eastern DRC mission has unfolded drama after the rivalling Uganda People’s Defence Forces and the Allied Defence Forces halted fighting to concentrate on road works in a bid to make the battlefield a levelled ground for the battle.

The road works are being conducted by the UPDF Engineering brigade and according to Col. James Kasule, the overall operation commander, shall last for 2-3 days.

Despite being on a mission to penetrate and destroy ADF camps, the UPDF say they are being hamperer by the terrain of the Eastern DRC which is largely dominated by impassable roads and impenetrable jungles. UPDF say such terrain is to the advantage of the rebel groups which are well versed with the geographical set up of the region.

Col. James says the road works shall enable the mission to fully be accomplished as the joint forces will easily access and destroy the rebel camps.

“We have been facing challenges of reaching these camps. But now this shall be easy for us since the road works have kicked off,” Col. James says.

Meanwhile the UN have cautioned the Ugandan troops to strictly concentrate on the mission for which they have been deployed rather than replicating their atrocious conduct that saw them walk off with valuables. In fact the international court of justice fined Uganda to pay reparations worth $4 billion for the damage they cause on DRC in the late 1990’s.