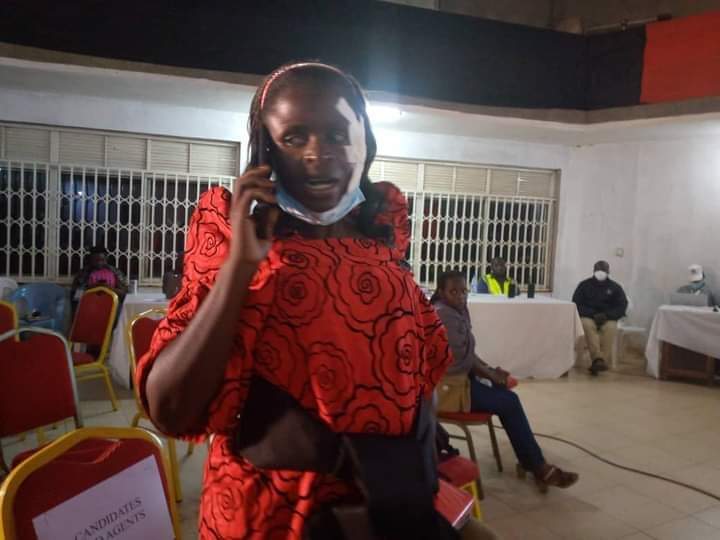 Tears, curses and heartbreaks as NUP candidate Nakwedde contests the outcome of the election.

Nakwedde Harriet Kafeero and the entire NUP fraternity are in tears contesting the outcome of the LCV Chairperson results accusing the Electoral Commission Uganda for conniving with the NRM candidate Muwonge to swive the win to his favour.

Andrew Muwonge the NRM candidate has been declared winner with 31830 votes while Nakwedde the NUP candidate who came second only managed to 31380 a difference of just 450 votes.

According to Nakwedde, the boxes of pre-ticked ballot papers that were caught by her agents have been added to the results something that has favoured the NRM candidate.

The Electoral Commission has however denied such allegations saying that the NUP candidate is just finding something to blame because she has not been able to win.