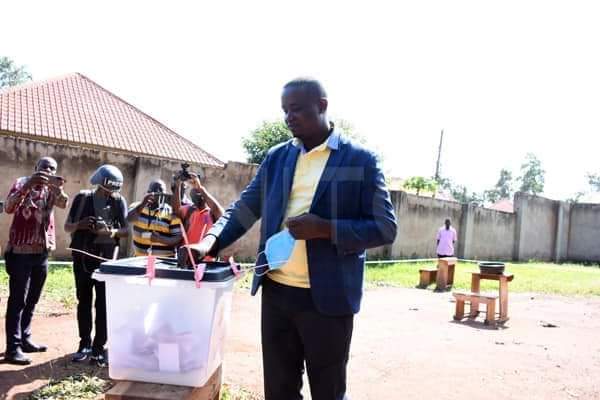 The dust for the Kayunga polls has failed to settle after councillors who constitute the district council have declined to work with the newly announced LCV boss Andrew Muwonge of the National Resistance Movement party.

The councillors have urged Muwonge to go and sit in State House Entebbe other than ‘forcing himself’ on people who did not vote for him.

Kamulegeya another Local Council member says the Kayunga seat is still vacant. “Kayunga has no LCV at the moment. The real winner had her powers usurped by the regime. We don’t know Muwonge as our LCV but Nakwedde,” he says.

The NRM candidate was himself surprised when the returning officer Kobutungi Jeniffer announced him victor in an election he himself had conceded that he had lost to NUP. He however says he is ready to work with members from all parties regardless of how he miraculously became the LCV.

“As Muwonge, I’m not here for partisan fights. I want to serve all our people. I will work with all councillors regardless of their political divides. I even have a council sessions where we shall make amends and move on from the election debate. I know many of them are bitter but let’s now move on to work,” he says.

Muwonge replaces Muhammad Ffeffea Sserubogo who was mysteriously murdered a few weeks after he had won the Kayunga polls.