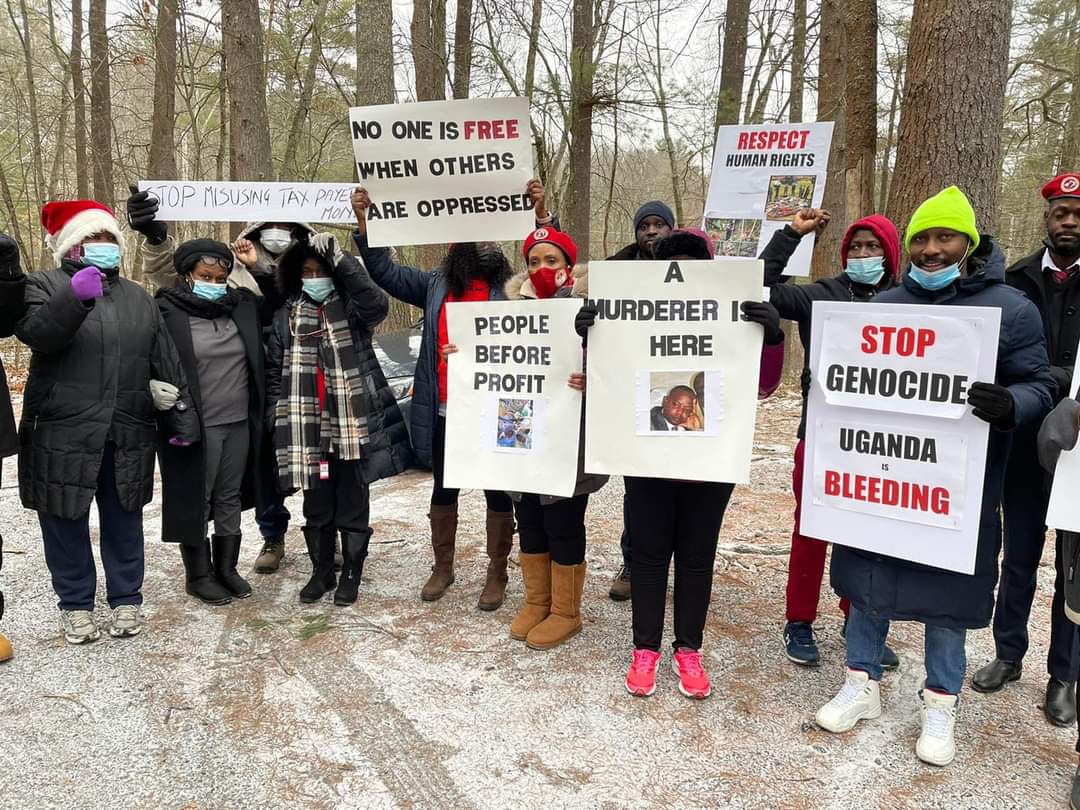 Trouble has befallen former Museveni cabinet minister Ronald Kibuule after a section of Ugandans in the US city of Boston flooded the streets to protest his admission to hospital where he secretly fled for treatment.

The protests which preceded the festive holiday were sparked by a social media tip that the former Museveni right hand man well famed for his involvement in gross rights violations in the deep jungles of Mukono, was secretly in the US for treatment. Kibuule was named by Mukono municipality legislator Betty Nambooze as the mastermind of abductions of NUP supporters in the greater Mukono region.

Some unconfirmed reports suggest that the person in admission is his wife, and not the Minister himself though our efforts to obtain clarity from the Ugandan embassy in the US turned out fruitless.

The embittered Ugandans driven by rage and fury over the blood bathed January 2021 polls opted to flood the streets of Boston with placards inscribed with wordings decrying the presence of Kibuule. They urged the Biden administration to quote the Magnitsky and slap sanctions on the implicated Museveni Minister.

“We cannot pay for treatment of a murderer,”one of the protesters said. “Kibuule is a criminal who should be arrested,” the protester added.

An official in the Ugandan embassy in US who asked not to be named responded to the protests and disregarded them as ‘politically motivated’ with no ‘patriotic sense of direction’. “These protesters are NUP supporters who just want to attain relevance from petty issues. Some are frustrated and want to prolong their stay in the US. They can achieve this by being politically active and defiant to Kampala,” the official was quoted saying.